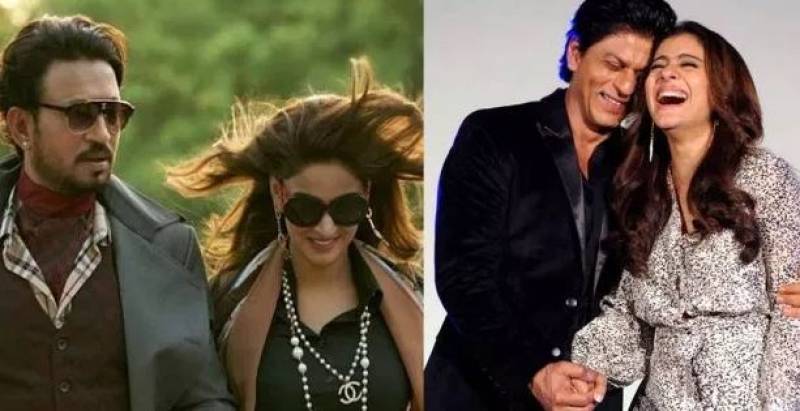 A sequel for Irrfan, Saba starrer Hindi Medium is in the works, and, according to the news buzz, the Pakistani star will not be appearing in the sequel, reportedly being replaced by Shah Rukh Khan and Kajol.

Moreover, reports have also revealed that the two have already kick-started the preliminary script reading sessions as well.

SRK and Kajol had appeared on-screen together in several films including Dilwale, Kabhi Khushi Kabhi Gham, Dilwale Dhulaniya, My Name is Khan. We'll have to see if Kajol can fit in Saba's shoes, after Saba's performance won her several award nominations including a Filmfare.

Earlier hearsay had suggested that Sara Ali Khan will be essaying the role of the daughter in the sequel, however, as of yet, the news is not confirmed.

Irrfan's inclusion in the sequel is also doubtful because of his ongoing treatment for high-grade cancer in England. We wish him a speedy recovery.

Released in 2017, Hindi Medium was based on the story of a couple who aspire to give their daughter the best education. The plot deals with social themes including education, parenting, class, social mobility, and language.

The film marked the Bollywood debut of TV star Saba Qamar, who has been entertaining audience with her brilliant acting skills and versatile roles. She made her acting debut with a role in the television series Mein Aurat Hoon. Qamar is the recipient of several accolades, including the Lux Style Award, Hum Award, and a Filmfare Award nomination.

However, there are no confirmed reports regarding the film or the cast of Hindi Medium 2 as yet, and all we have to go on at this point are speculations.