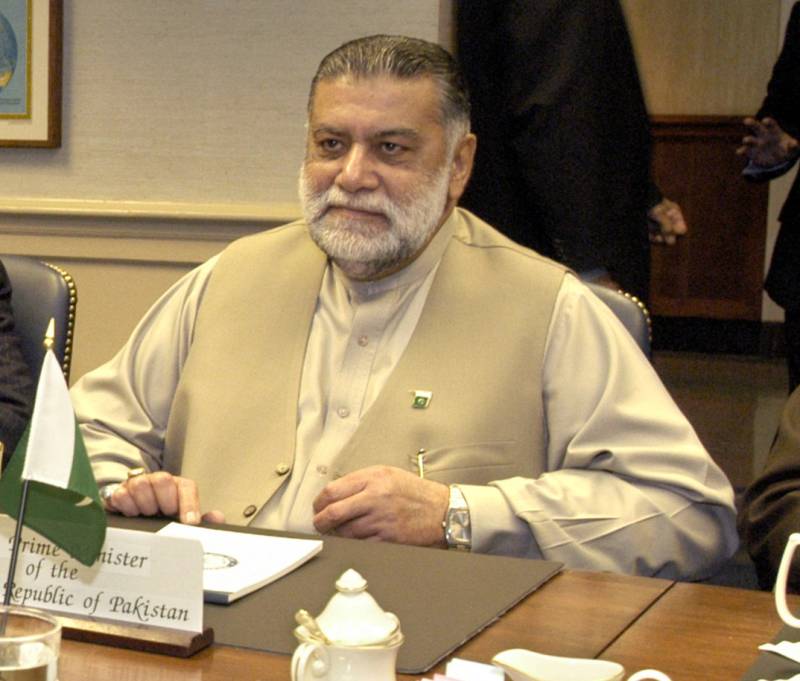 Jamali, 76, was shifted to Armed Forces Institute of Cardiology Sunday night after complaining of chest pain. He was placed on ventilator on Monday after his health condition deteriorated. He had recovered from COVID-19 in May earlier this year.

He will be buried in his hometown Dera Murad Jamali, Balochistan.

A political leader from Balochistan, who born in 1944, served as the 15th prime minister of Pakistan from 2002 until his resignation in 2004.

Starting his political career from the platform of the Pakistan Peoples Party (PPP) during the 1970s, he later emerged as part of PML-N government.

He served as chief minister of Balochistan for two non-consecutive terms (from June–December 1988 and November 1996 –February 1997).

After the 1999 coup, he joined the PML-Q and became prime minister in 2002. Before 2018 election, Jamali joined the Pakistan Tehreek-e-Insaf (PTI).

RAWALPINDI – Former prime minister Mir Zafarullah Khan Jamali was placed on ventilator at a hospital in ...

Chief of Army Staff General Qamar Javed Bajwa also expressed heartfelt condonlence on the demise of the seasoned politician. “May Allah bless his soul & give strength to the bereaved family to bear this irreparable loss, Ameen”, said COAS.

Peoples from different walks of life also expressed sadness over the death of the former prime minister.

Sad to hear the passing away of former prime minister Mir Zafarullah Khan Jamali. May his soul rest in peace and my #condolences with the family pic.twitter.com/AejnyfJf1u

Ina lillah wa'ina ilayhi rajion
I am deeply saddened to hear about the sudden demise of Mir Zafarullah khan Jamali Sb. My deepest condolences to the grieving family.
May his departed soul rest in peace.

May blessings of Allah be upon him and give strength to the bereaved family to bear this irreparable loss.