Merub Ali spills the beans about her relationship with Asim Azhar 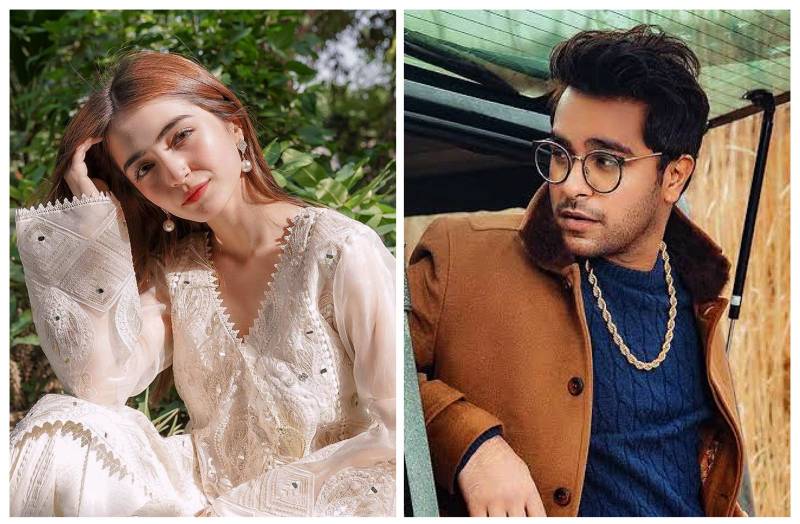 Rumours are rife that rockstar Asim Azhar has been engaged to fashion model Merub Ali. As per the speculations, the duo will be tying the knot soon.

As the fans continue to be curious and devise theories, the gorgeous model actor has finally stepped forward and cleared the air.

Debunking the rumours, Merub recently appeared in an interview with Something Haute where she delved into details about her journey from being an Instagrma influencer to her big break.

While talking about her equation with the Ghalat Fehmi crooner, Ali added, “We’re not step-siblings, we’re not cousins. Pata nahi bus"

"we’re great family friends and have known each other since childhood. My brother is his best friend and our mothers are best friends.”

Even though, the interviewer Hassan Chaudhary continued to probe in for more details Merub cut him and said,  “It was a lot of fun doing this interview, keep watching Something Haute, Allah Hafiz,” she addressed the camera with a smile.

On the work front, Ali debuted in the new ARY Digital drama Sinf-e-Aahan which has gained hype for its star-studded cast which includes big names such as Sajal Aly, Syra Yousuf, Yumna Zaidi and Kubra Khan.

Birthdays are special for everyone and singer Asim Azhar's birthday bash was definitely an adorable celebration. The ...