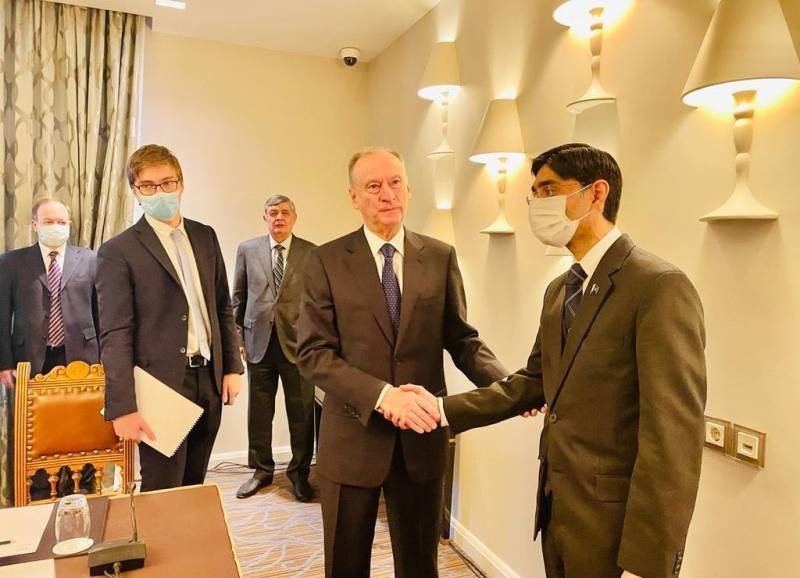 ISLAMABAD – Pakistan, and Russia have resolved to support all efforts to bring lasting peace to Afghanistan.

A press release issued by the Pakistan Embassy in Moscow said both sides have closely been engaged with regard to the situation in war-torn Afghanistan after the Taliban-led administration took over the country.

Meanwhile, NSA Moeed Yusuf, who visited Moscow at the invitation of Nikolai Patrushev, the secretary of the security council of Russia, was also invited to hold the delegation-level talks.

The meeting focused on matters related to bilateral relations between two countries, as well as international relations and the unfolding situation in the region.

The statement further added that the two sides also deliberated on the current situation of Afghanistan at length and pledged to support all efforts to bring lasting peace in Afghanistan.

MOSCOW – Chairman Joint Chiefs of Staff Committee General Nadeem Raza on Friday held a meeting with Chief of the ...

During the meeting, Pakistani and Russian officials also expressed satisfaction over the trajectory of their bilateral relations and agreed to remain engaged on all matters of mutual importance.

Earlier in October, Islamabad hosted representatives from Russia, China and the United States for the Troika Plus meeting on Afghanistan.