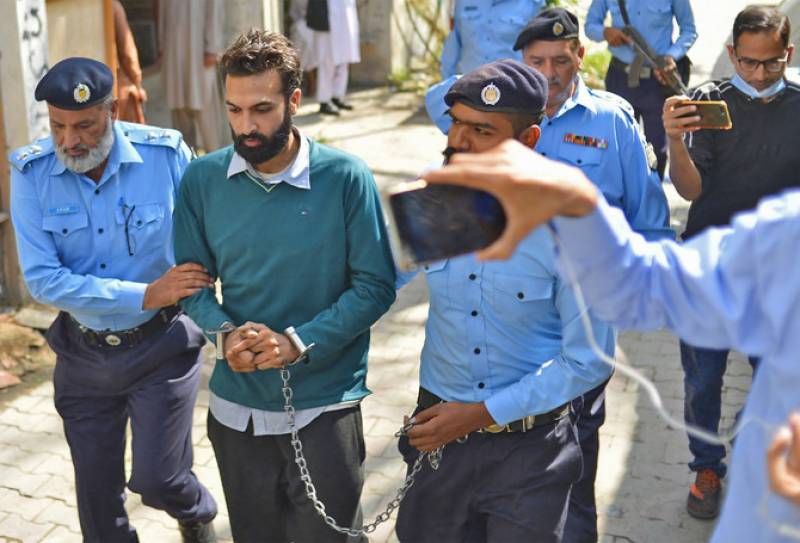 ISLAMABAD – Zahir Jaffer, the prime suspect in Noor Mukadam murder case, has filed a petition against capita city’s Inspector General of Police (IGP) Mohammad Ahsan Younus for clarifying that "very strong pieces of forensic evidence" are available against the accused.

The accused submitted the petition through his counsel Sikandar Zulqarnain, stating that legal proceedings should be initiated against IG for commenting on a sub-judice matter.

Meanwhile, Shaukat Mukadam’s lawyer Shah Khawar said that the move had not affected the prosecution’s stance.

Last month, IG ISLAMABAD reviewed forensic and medical report in the Noor Mukadam case. An official statement was also issued in this regard, stating that strong forensic evidence are available against Zahir Jaffer.

The evidence was collected from the crime scene "in a professional manner" and was sent to Punjab Forensic Science Agency (PFSA) for analysis, it said.

1. DNA evidence confirmed that Noor Mukadam was raped before being killed.

2. Noor made every possible attempt to save her life before being killed. Zahir's DNA, i.e. skin, was recovered under Noor's nails.

3. The shirt worn by and recovered from Zahir was stained with Noor's blood. Her DNA was found on Zahir's shirt.

4. Noor was killed with the swiss knife recovered from the crime scene. DNA, i.e. Noor's blood, was found on the blade and handle of the swiss knife.

"These are very strong pieces of forensic evidence and investigation team is committed to seek justice for Noor Mukadam," read the Islamabad Police statement.

The statement was issued after the investigation officer in the case told court that fingerprints of Zahir Jaffer were not found on weapon.