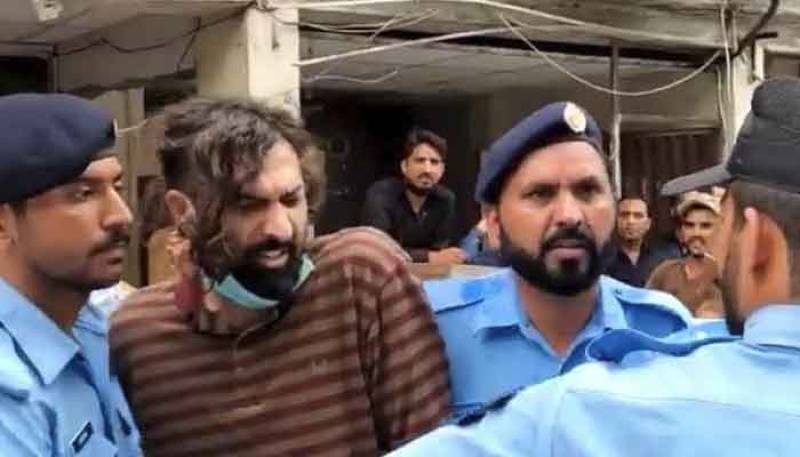 ISLAMABAD – The Islamabad Police on Tuesday issued a statement confirming that "very strong pieces of forensic evidence" are available against Zahir Jaffer, the prime suspect in the Noor Mukadam murder case.

The evidence was collected from the crime scene "in a professional manner" and was sent to Punjab Forensic Science Agency (PFSA) for analysis, it said.

1. DNA evidence confirmed that Noor Mukadam was raped before being killed.

2. Noor made every possible attempt to save her life before being killed. Zahir's DNA, i.e. skin, was recovered under Noor's nails.

3. The shirt worn by and recovered from Zahir was stained with Noor's blood. Her DNA was found on Zahir's shirt.

4. Noor was killed with the swiss knife recovered from the crime scene. DNA, i.e. Noor's blood, was found on the blade and handle of the swiss knife.

"These are very strong pieces of forensic evidence and investigation team is committed to seek justice for Noor Mukadam," read the Islamabad Police statement.

The report was reviewed in a meeting chaired by Inspector General of Police (IGP) Mohammad Ahsan Younus, in which he was briefed about the case proceedings thus far.

According to the statement, the IGP was told that in court proceedings a day earlier, the investigation officer was cross examined and was required to provide "yes" or "no" answers to questions. However, the proceedings were misreported in some media reports.

The statement, therefore, also sought to clarify these misconceptions.

The investigation officer was asked the following questions which he answered with a "no" but which led to erroneous interpretation by the media.

Question: Was the pant of the accused stained with blood?

Question: Were there any finger prints found on the knife, the weapon of offence?

Explanation: The knife recovered from the crime scene was taken into custody, sealed by NFSA and sent to PFSA for fingerprints which could not be developed by the latter. But, the report confirmed Noor Mukadam's blood on the knife.

Question: Was photogrammetry test conducted for the identification of the victim, Noor Mukadam?

Explanation: Photogrammetry test is conducted for the identification of the accused so that he could not negate his presence at the crime scene.

The statement further said that the detailed report of the PFSA "is yet to be read on the next hearing which contains comprehensive forensic evidence, sufficient for the conviction of the accused".

"The crime scene was visited by senior most officers at the time of occurrence and scene was completely preserved by forensic experts of National Forensic Science Agency to avoid any contamination," it added.

ISLAMABAD – Fingerprints of Zahir Jaffer, the prime suspect in Noor Mukadam murder case, were not found on a ...