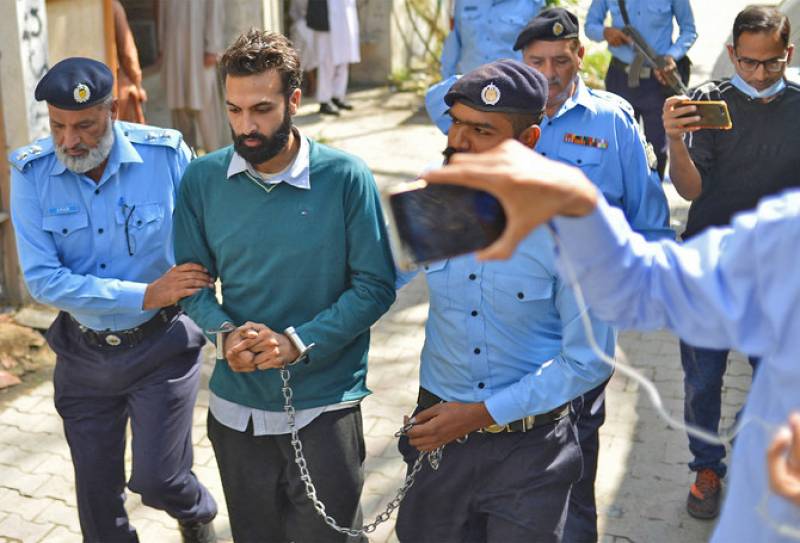 ISLAMABAD – Fingerprints of Zahir Jaffer, the prime suspect in Noor Mukadam murder case, were not found on a knife recovered from the crime scene, the investigation officer said on Monday.

Inspector Abdul Sattar revealed it when he was being cross-examined by Jaffer’s counsel, Sikandar Zulqarnain, in the Islamabad district court where additional sessions judge Atta Rabbani was hearing the case.

Noor Mukadam (27), daughter of former diplomat Shaukat Mukadam, was found murdered inside a

house in Islamabad’s F-7/4 Sector on July 20 last year. The prime accused was arrested from the crime scene on the day of the murder.

The investigation officer said that no bloodstain was found on the pants of Zahir Jaffer when he was arrested.

Inspector Sattar said he didn’t see the Mukadam’s handbag and clothes that she was wearing on July 18 at the time of entering the home of the suspect. He said Mukadam’s torn clothes seen in the CCTV footage were not found during investigation, Arab News reported.

In August 2021, a report of the Punjab Forensic Agency revealed that Noor Mukadam was raped and tortured by Zahir Jaffer before murder.

The report said that Jaffer’s fingerprints were present on the murder weapon and the CCTV footage obtained from his house showed both Zahir and Noor in the house. The report says Noor’s post-mortem examination was done 12 hours after her murder.