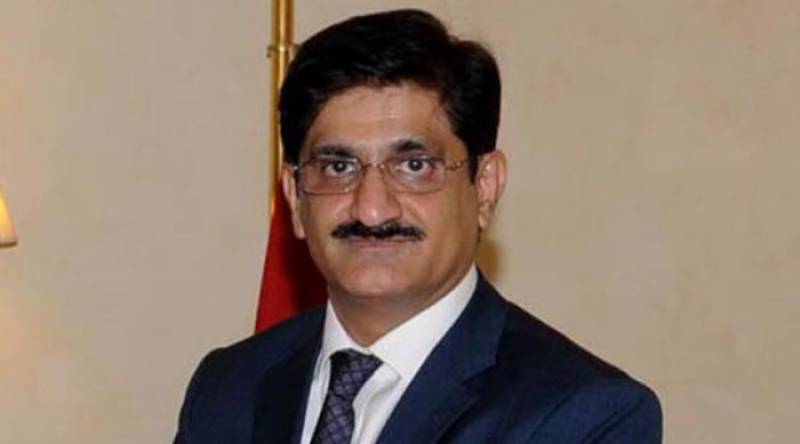 KARACHI - Chief Minister Sindh Murad Ali Shah expressed his reservations over non-cooperation by the PML-N led federal government in the aftermath of the National Action Plan.

Murad chaired a high-level apex committee meeting on Monday and reportedly felt displeased over the attitude of the federal government. The meeting was attended by Inspector General Sindh A.D Khawaja as well.

Talking to newsmen after the meeting, Sindh Chief Minister's Adviser on Information Maula Bux Chandio said that the federal government was not fulfilling its responsibilities or playing its due role with regard to the National Action Plan.

Chandio said that the federal government was also not supporting the provincial government as much as it should. He further claimed that IG Sindh AD Khawaja was present at the apex committee meeting and the overall atmosphere had been cordial.

"All institutions played an equal role in establishing peace across the province," said Chandio.

The provincial apex committee meeting was called by CM Sindh Murad Ali Shah. The meeting focused on the overall situation of law and order in the city as well as the ongoing Karachi operation.

During the meeting, the provincial government demanded that a list of 94 seminaries had been forwarded to the Interior Ministry and these madrassahs should be included in the first schedule.

The participants also mentioned that news pertaining to terrorists was still being broadcasted by Television channels and that there was no ban on misuse of the Internet.

The meeting also emphasized that the federal government should crack down on illegal arms and ammunition factories.

Murad Ali Shah also expressed concerns at the increase in street crimes in the city and urged IG Sindh to take stern action to prevent the spread of street crimes.

During the meeting, Murad Ali Shah also told IG Sindh to focus more on prevention of cases related to motorcycle theft in the metropolis.

"Street criminals commit crimes and then seek refuge in Katchi abadis," he said.