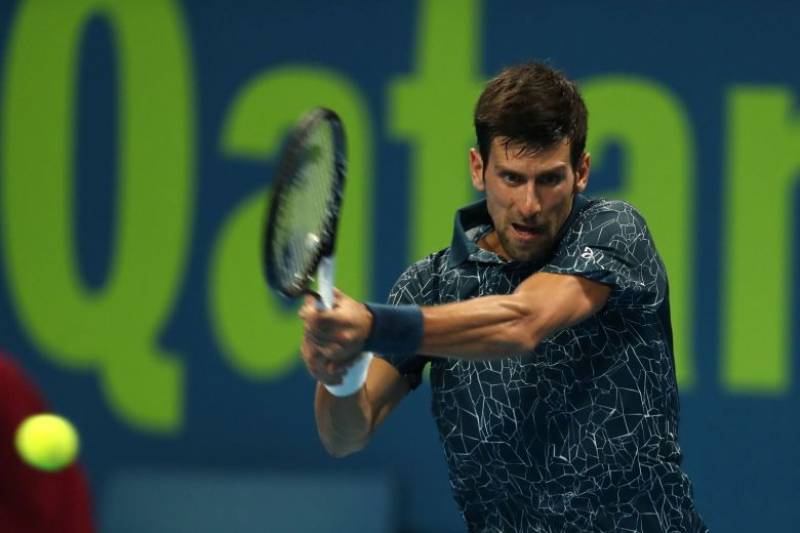 DOHA - Novak Djokovic took just 55 minutes to claim his first win of the 2019 season, brushing aside Damir Dzumhur 6-1, 6-2 in the Qatar Open first round on Tuesday.

The world number one showed he was intent on taking his form from last season into the new year with a totally dominant display against the Bosnian world number 47.

"It's fantastic to be back and to start off the tournament as I have done makes me very confident and very happy," said the Serb.

Djokovic, who has won the last two Grand Slams -- at Wimbledon and the US Open to take his majors total to 14 -- completed the first round match in under an hour by predictably converting his first match point.

The 31-year-old, who has made it clear he wants to match or better Roger Federer's record of 20 Grand Slams, was untroubled throughout.

The Swiss three-time Grand Slam winner won 7-6 (9/7), 6-4 to claim a notable scalp against the powerful Russian.

Khachanov, the third seed, finished last season ranked at a career-time high of number 11 and was the man who ended Djokovic's 22-match winning streak in Paris.

He is many people's tip to push through and challenge the established stars. However, Khachanov had no answer to an inspired Wawrinka, currently ranked 66th in the world, as he returns from a serious knee injury.

"Today was a great match, a great level," said Wawrinka, who has suffered an injury-plagued last two seasons.

Wawrinka and Djokovic could meet at the semi-final stage in Doha. Another player returning from injury, Belgium's David Goffin, the sixth seed, was beaten by Lithuanian qualifier Ricardis Berankis, 3-6, 6-4, 7-6 (7/4).