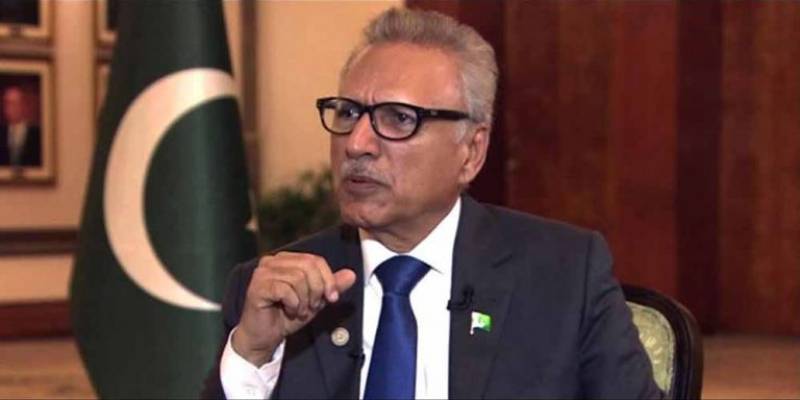 ISLAMABAD - President Dr Arif Alvi has urged the world community to hear the lament of the three-year boy sitting over the dead body of his grandfather killed by Indian occupation forces in Indian Occupied Jammu and Kashmir (IOK&K).

While referring to the merciless killing of an old-aged Kashmiri civilian by Indian forces in Sopore district of occupied Kashmir during the relentless ongoing onslaught to target the innocent civilians, Dr Arif Alvi said that Modi’s fascist India is killing innocent civilians even for raising slogans for liberation of Kashmir.

The President also shared a video clip of a mother crying and narrating as how her father was pulled out of the vehicle only for raising slogans for liberation from Indian Occupation in Kashmir.

On Wednesday, Indian occupied forces killed a 65-year-old man in front of his three-year-old grandson in north Kashmir's Sopore town.

The heart-wrenching picture of the incident in which the child was seen sitting on his grandfather's belly went viral on social media.

The child was trying to wake up his dead grandfather unmindful of the reality that the latter was no more. The little boy identified as Ayaad was traveling along with his grandfather Bashir Ahmed Khan (65) from Srinagar to Sopore, where oversaw the progress in construction work at one of his projects.

Khan, a contractor, was heading towards the construction site in Sopore Wednesday morning, unaware of the untoward incident on his way that lay in store for him.