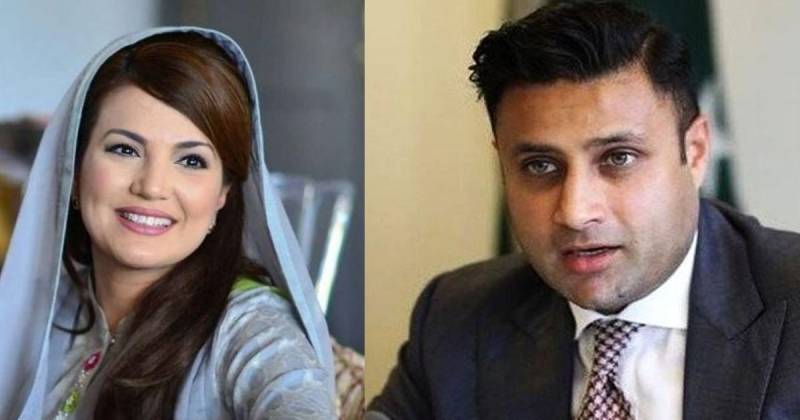 At a trial of preliminary issues before the London High Court, Justice Karen Steyn determined the meaning of the eight publications submitted by Zulfi Bukhari in his complaint, including a YouTube video on Roosevelt Hotel by Reham Khan carrying four allegations as well as four Tweets/Retweets.

Justice Steyn did not accept Reham Khan’s assessment of the publications’ meaning and accepted Zulfi Bukhari’s submission instead.

The defamation claim started over a YouTube broadcast made by Reham Khan on December 6, 2019, from the UK’s jurisdiction in which she alleged that Zulfi Bukhari had a personal interest in the sale of Manhattan’s Roosevelt Hotel, owned by Pakistan International Airlines (PIA) and that Pakistan’s national assets were being sold to help people like Zulfi Bukhari in an act of “robbery”.

Seeking Chase Level 1 determination, Barrister Claire Overman for Zulfi Bukhari had argued that her client had been defamed at the highest level as he had been declared guilty of corruption and dishonesty while Reham Khan argued that the claim merited Chase Level 3 at the most, Zulfi’s reputation was not harmed and that the publications were in the public interest.

In the claim papers filed in July last year at the London High Court, the PM’s former advisor had alleged Reham Khan specifically targeted him in reference to the sale of Roosevelt Hotel.

The judge heard that in the first publication dated December 6, 2019, via YouTube, the broadcaster had made allegations of corruption and favouritism declaring that Imran Khan’s government wanted to favour Zulfi Bukhari through the shady hotel sale.

In her deference, Reham Khan told the court that her December 6, 2019, vlog was an effort to raise an alert in the public interest about the government’s plans about the iconic Roosevelt Hotel in Manhattan. She said her broadcast was based on the information that the Aviation ministry had objected to the creation of a task force on Roosevelt.

Reham Khan maintained she only wanted to save Roosevelt Hotel and had a right to raise questions about the “performance or buffoonery of the government”.

She told the judge she had not used derogatory language and that her comments were not a personal attack to defame the claimant. She further said that her objective was achieved and that the sale of Roosevelt had been stopped.

ISLAMABAD - Special Assistant to PM on Overseas Pakistanis Syed Zulfiqar Ali Bukhari has announced to resign from his ...