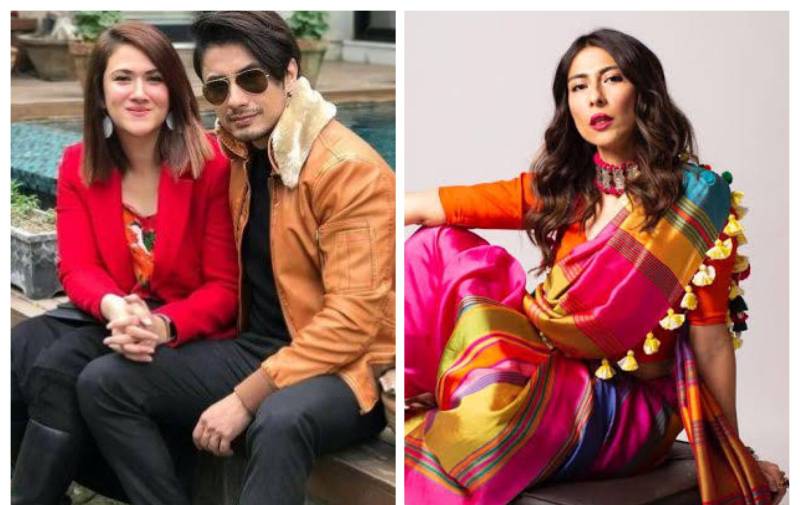 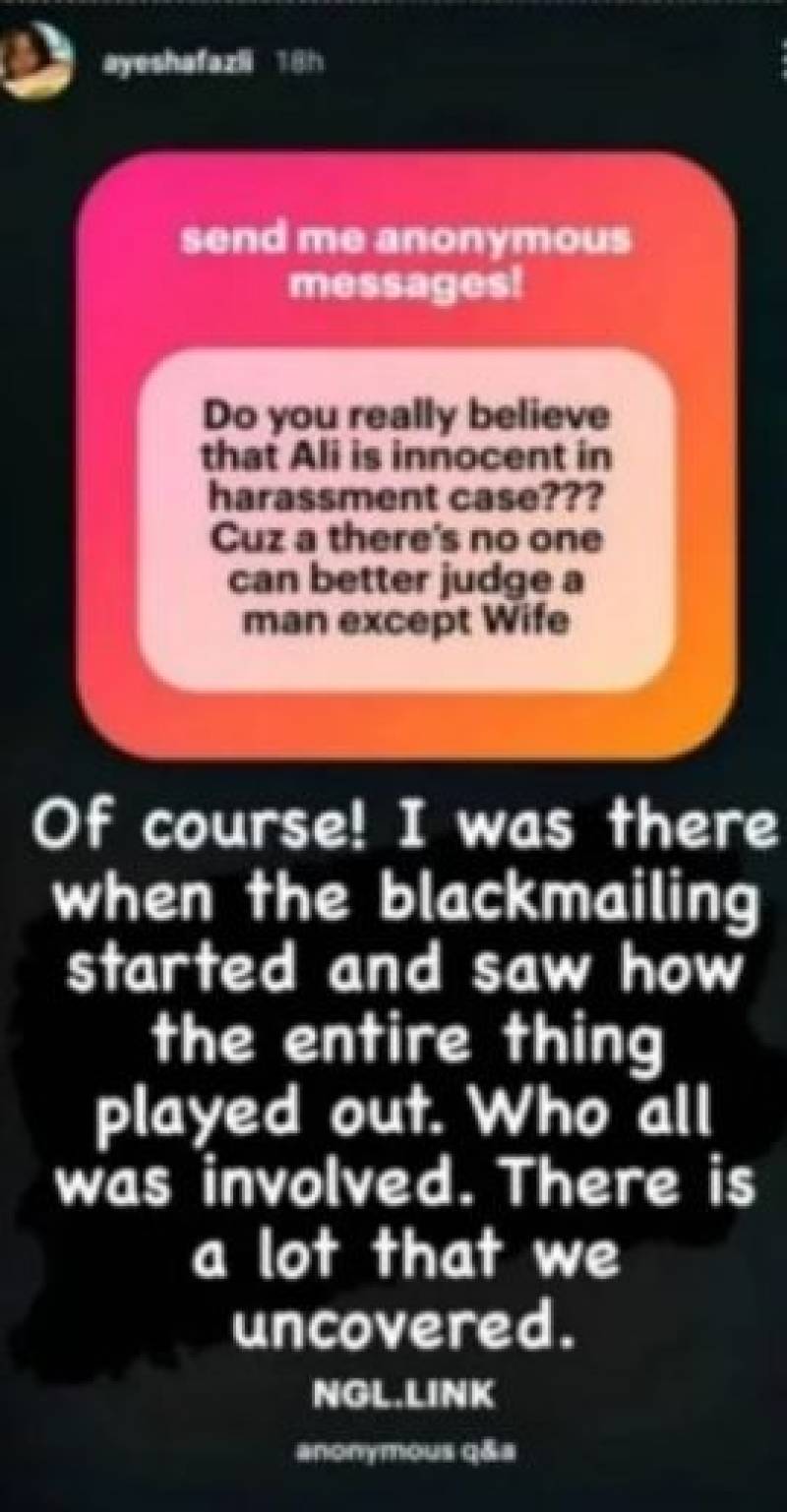 While the Aya Lariye singer's statement was considered a major milestone in Pakistan's own #MeToo Movement, many have criticised her and sided with the Teefa in Trouble star due to a lack of evidence.

Following a series of legal battles and defamation suits, Zafar's wife Ayesha Fazli has finally broken silence on the issue.

Even though the couple tends to keep their personal life private, Ayesha shared her two cents on the matter through “Anonymous Ask Me” session on Instagram. She was asked about the Ali-Meesha case and if she thinks her husband is guilty. This is how Ayesha responded to the query.

“Of course! I was there when the blackmailing started and saw how the entire thing played out. Who all was involved. There is a lot that we uncovered.”

Back in 2018, Meesha Shafi came forward claiming that singer and colleague, Ali Zafar, “harassed” her on multiple occasions. Ali Zafar, in return, filed a defamation suit against the singer and has been ongoing for years now.

Lollywood singer-actor Ali Zafar was ecstatic as he had the perfect fan moment with Bollywood Dhak Dhak girl Madhuri ...