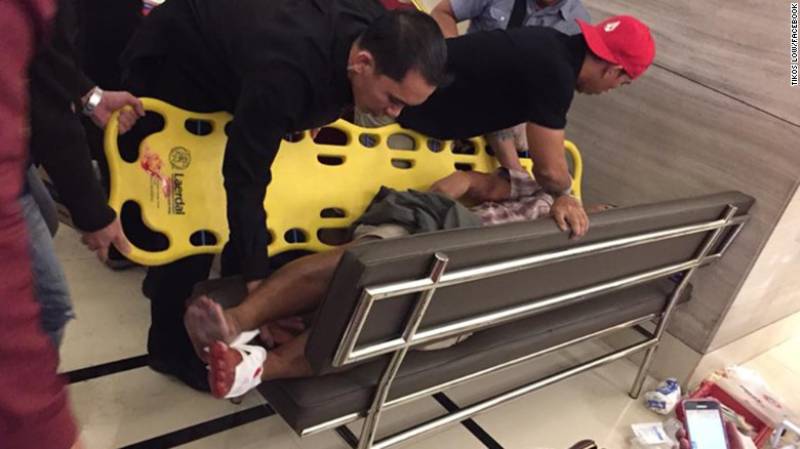 According to police, the unidentified assailants had killed himself after opening fire at armed officers searching the Resorts World Manila entertainment complex hours after incident.

It is being reported that many of the people died of suffocation not gun shots after chaos erupted when guests and staff tried to flee smoke due to a fire breaking out at the complex.

“The resort is a popular location with British and other foreign tourists, and the area remains on lockdown for the moment,” RT correspondent Charlotte Dubenskij said by phone from Manila.

Islamic State has claimed responsibility for the attack, via a channel it normally uses to report on its uprising against the government in the province of Marawi, SITE Intelligence Group reports.

On the other hand, the Philippine authorities terming it a botched robbery attempt.

"We are looking into a robbery angle because he did not hurt any people and went straight to the casino chips storage room. He parked at the second floor and barged into the casino, shooting large TV screens and poured gasoline on a table setting it on fire," Philippine National Police (PNP) Chief Ronald Dela Rosa.