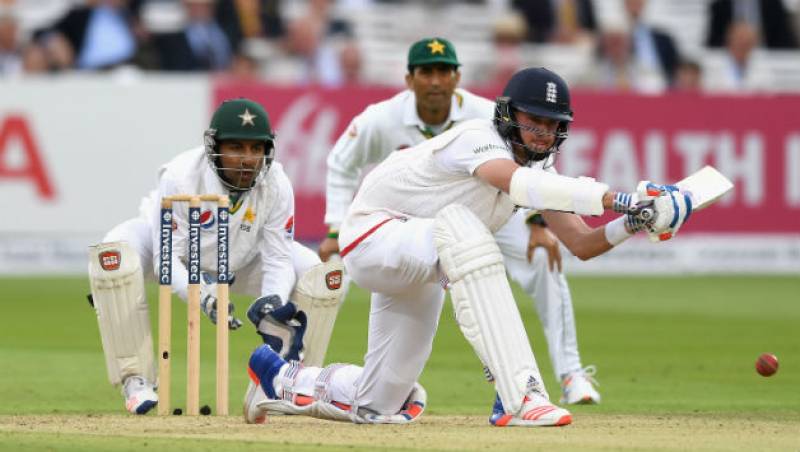 LEEDS - England tightened their grip on the rain-shortened second Test against Pakistan as the hosts lead by 128 runs with 3 wickets remaining in the innings as the second day closed on Saturday.

The hosts were 302 for seven in reply to Pakistan´s first-innings 174, at the close of the second day of the second Test at Headingley on Saturday. 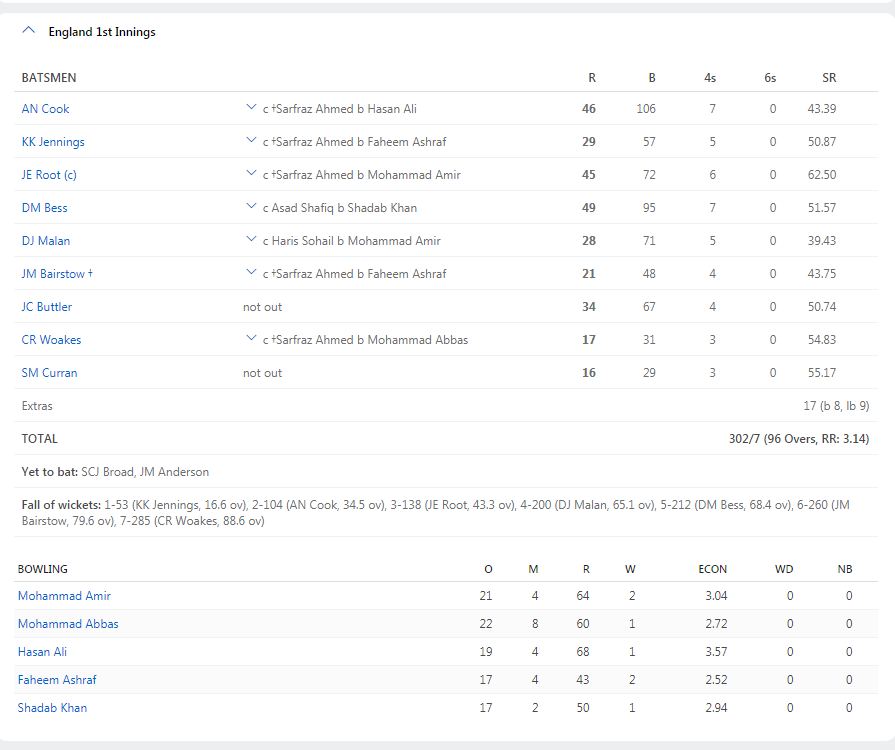 Pakistan lead the two-match series 1-0 after a nine-wicket win in the first Test at Lord´s.

The hosts started 2nd day with 106/2 on the board, trailing by 68 runs against the tourists.

Earlier, the rain delayed the scheduled start of the second day's play at Headingley on Saturday. The pitch and surrounding square remained fully covered due to the persistent early morning drizzle saw.

After a huge defeat in the first Test against Pakistan, England bounced back strongly on the first day of the second Test at Headingley as they bowled out the visitors for 174.

Things could have been much worse for Pakistan, who for reeling at 79/7 before a late resistance from Shadab Khan, who scored a fifty, and from the tailenders Mohammad Amir and Hasan Ali.

England also started strongly with the bat with Kyle Jennings replacing Mark Stoneman up the order. Jennings and Alastair Cook added 53 runs together for the first wicket. England closed the 1st day with 106/2 on the board, trailing by 68 runs.