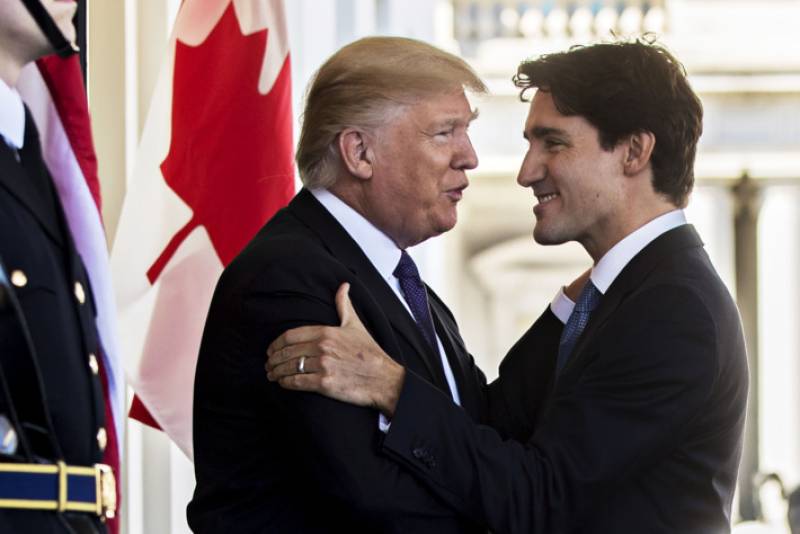 The announcement came as Ottawa and Mexico City announced they were retaliating against steep metal tariffs imposed Friday and Washington faced a barrage of complaints at a finance ministers summit in Canada.

"You're talking about a very different two countries," he added.

Negotiators from the three North American partners have failed to reach an agreement to modernize the North American Free Trade Agreement, which Trump again called "a terrible deal."

Canadian Finance Minister Bill Morneau said that Washington's decision to impose the tariffs -- Canada provides half of all US aluminum imports -- had lessened the chances for a successful outcome of the NAFTA talks.

Morneau said the US tariffs had also weakened the prospects for successful negotiations to overhaul the North American Free Trade Agreement.

"Certainly, these actions taken on these tariffs are not ones that are conducive to a positive dialogue," he told reporters as a meeting of Group of Seven finance ministers got underway in British Columbia.