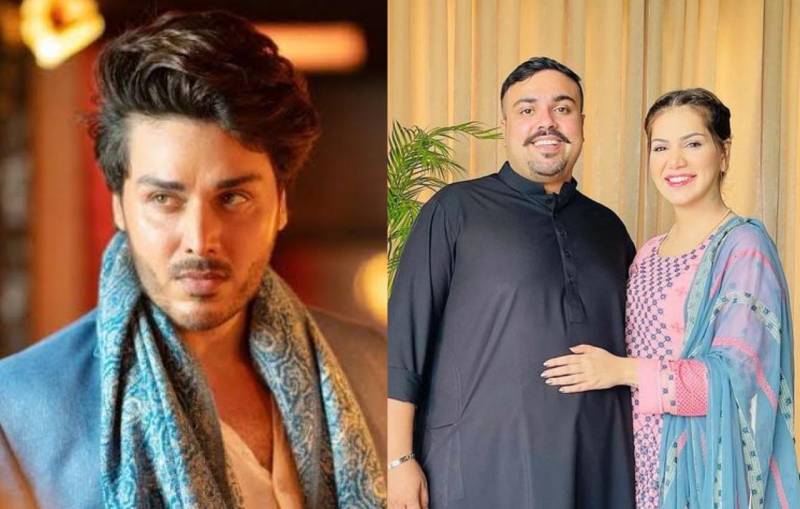 Ghana Ali is being trolled mercilessly due to her marriage to Umair Gulzar.

Labelled as a ‘home-wrecker’, the Rangreza star received criticism over her husband’s obesity and her decision of marriage. Keyboard warriors flocked to Ghana's Instagram feed and dropped derogatory remarks.

As the trolling escalated, Pakistani superstar Ahsan Khan decided to take things into his own hands as the backlash got uncontrollable, and schooled trollers.

On Ghana's recent Instagram post, she clapped back at a troll who congratulated her and sarcastically asked, if her husband is expecting.

The netizen commented under the picture reads as, ” congratulations, is he expecting” to which, Ghana also replied, she said, ” No your brain is “.

Coming to defence, the burgeoning list of insensitive comments enraged Ahsan Khan too and he said, ” what a shameful comment for Ghana Ali and her husband ” Furthermore, he extended his love and respect to the newlywed couple. 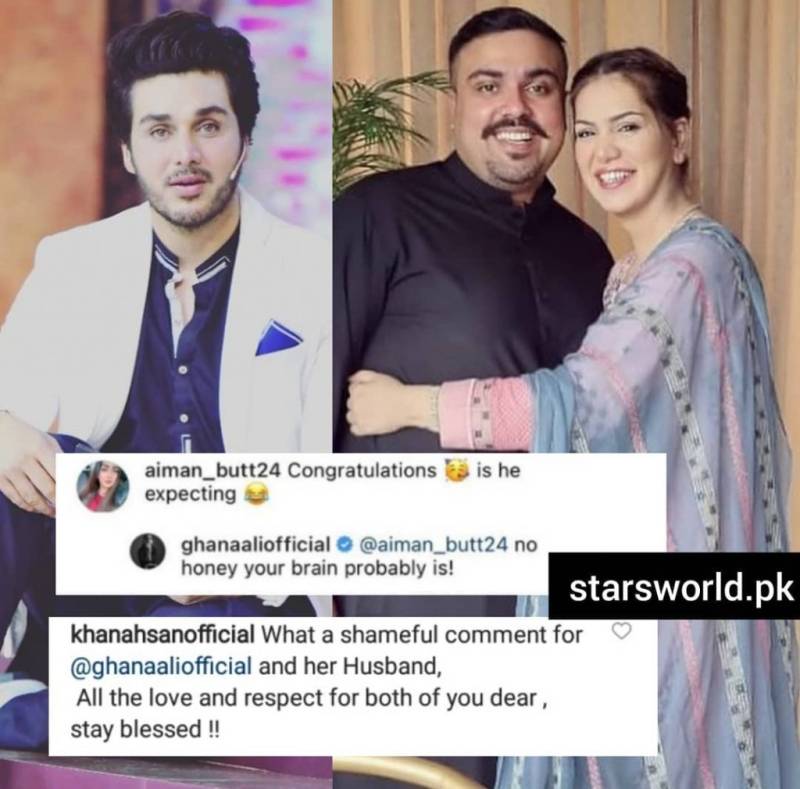 Earlier, Ali got married in an intimate ceremony and the newlyweds were spotted beaming as the clicks started circulating on the internet.

Soon after the pictures went viral, netizens had a lot to say about the couple. While the majority found them cute and wished them a happy married life, some felt that Ghana's husband was too fat or old for her.

Actress Ghana Ali recently married in an intimate ceremony and seemed like she is living a fairytale, as the newlyweds ...