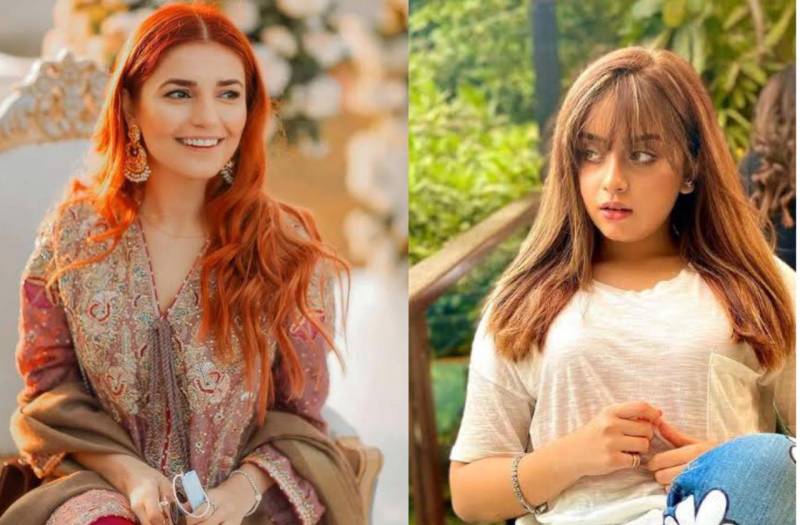 Pakistan sweetheart Alizeh Shah seems to be causing a ruckus on social media with her every move and the masses cannot come to terms with the idea that the Ehd-e-Wafa star has revamped herself.

Gone are the days when the doe-eyed child star wooed the audience with her glimpse. Now Alizeh has fully adapted to the world of glitz and glamour and is a bold and beautiful 20-year-old now.

Amidst all, Alizeh continues to shatter stereotypical notion with an air of nonchalance which has generated negative buzz but singer Momin Mustesan has jumped in to defend her.

The Afreen Afreen crooner commented on one of Shah's recent Instagram posts where keyboard warriors rained Alizeh's feed with derogatory comments like how she 'lost her beauty, in search of fame.

Mustehsan did not shy away from voicing her opinion out and replied a troll, "I would respectfully disagree. She’s still the same person, just expressing herself differently. You and I wouldn’t be here on her page if she hadn’t already gained the ‘fame’ you’re implying she changed herself to chase. If anything, I’m sure you guys have made her more than aware of your sentiments towards her choices – yet she’s choosing to be herself.”

“Let’s allow people to express themselves, however, they want to. Just like you and I (and everybody else), people evolve. The way we think, feel, look keeps changing and that’s the beauty of life. Extend freedom to receive freedom. Just some food for thought. have a lovely day,” said the 28-year-old singer added.

The stunning singer also went on to address another troller who believed Shah isn't following the religious teachings. “But Islam doesn’t allow us to hurt people either, right? Whatever someone chooses to do with themselves is between them and Allah. It’s not on you. But hurting someone – that’s on you.”

Alizeh Shah ventured into singing with Bagga by her side with a Punjabi song titled Badnamiyan and the response resonate with the song's name.

Grooving with passion, the Tanaa Banaa star was dressed in a black tank top. The song crossed one million views on YouTube shortly. But the topic of discussion was not Shah’s singing debut rather it was her wardrobe choices

On the other hand, Alizeh refuses to bend to unsolicited opinions and despite receiving tons of offensive criticisms clubbed with moral patrolling, she remains confident and unbothered.

Pakistani television actress Alizeh Shah rose to fame within a very short span of time. Despite being a relatively new ...