My stardom is my Tee Shirt not a tuxedo, says Shahrukh Khan at the Fan Trailer Launch 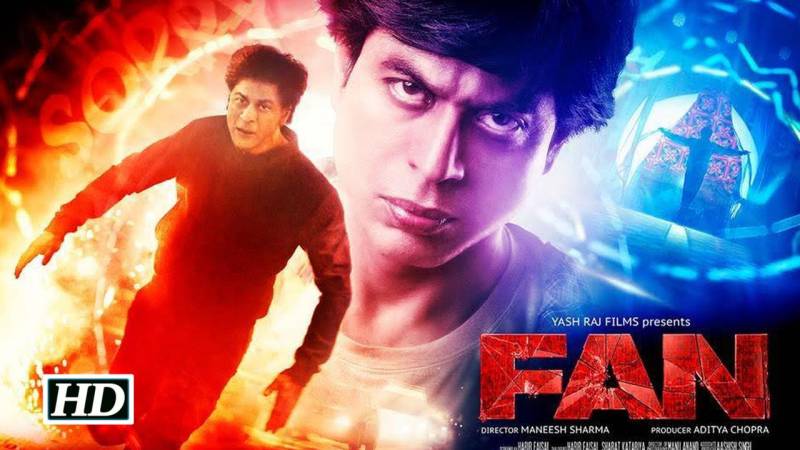 Bollywood superstar Shahrukh Khan’s upcoming movie “Fan” trailer has been launched.  The movie is directed by Maneesh Sharma and is all set to hit big screens on April 15th. Fan trailer launch held for several thousand at Yash Raj’s studios on Monday. It’s already generated over 1.75M YouTube views in its first 24 hours.

SRK plays two roles in Fan, one enabled by the use of makeup and CGI. The story follows Gaurav (Shah Rukh Khan), a twenty something young man whose world revolves around the mega movie star Aryan Khanna (also Shah Rukh Khan). Gaurav obsession for his star beings him to Mumbai the city of dreams. On reaching, when things don’t go according to plan, Gaurav’s love and passion for Khanna become a dangerous obsession. The trailer has drawn comparisons to the 1996 Robert De Niro/Wesley Snipes-starrer, The Fan, although it’s understood there is no official connection.

Shahrukh Khan himself launched the trailer and talked to media on this occasion.

Talking to his fans and media Shahrukh Khan talked about his initial days as a struggling actor.

“I came by train for the first time when I came to Mumbai. The train would turn into a local after entering Mumbai which I was not aware of. So I did not let a few people sit on my berth saying that it is mine, I paid for it. I did offer it to a lady though saying that you can sit but not the men with you. She slapped me real hard saying try that it isn't yours, it is everybody's."

SRK talks about the film,

"This film was physically very challenging. Because at this age to play a 24 year old with the same kind of energy. But everyone was very helpful except for Adi who was always after my life to keep working. Though we took a lot of advantage of him being abroad. I was riding in a three wheeler in Delhi when two ladies yelled at me calling Abhimanyu Rai. That was my first encounter with fans... First time I realized that people know me."

My stardom is my Tee Shirt not a tuxedo...

“I'd walk into awards wearing a shirt and people would tell me 'yaar suit pehen lete.' But I have never been that way. I never thought I needed a facade to make people like me.”

About crazy fans, SRK says, "I wouldn't want to recount such experiences because I don't want to mislead the youth who have parents and well wishers who might hurt their feelings in the process."

To controversies against him, SRK says that he'd put an end to all the protests by cheering for Team India in the Asia cup. Freedom of speech also means to remain silent and I choose to do that right now.

How should a fan be? SRK answers, "A fan should be however he pleases. I don't think of people as fans I think of them as admirers. I can't tell anyone how to love or admire. Yes it does get out of hand sometimes, but I can't tell how a fan should be."