The amazing 'dolphin children' of Thailand who have underwater vision 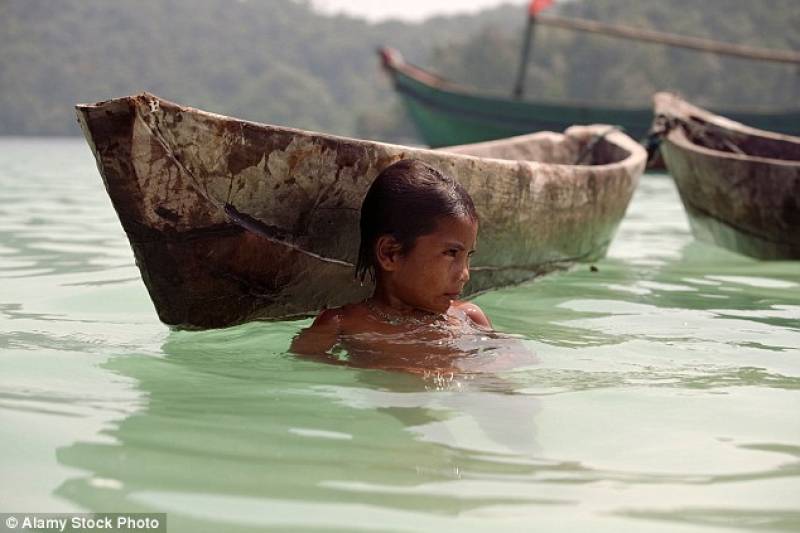 You will be amazed to know that children of a gypsy tribe from Southeast Asia have an ability to see clearly underwater up to the depth of 75 feet, a skill that could be compared with dolphins.

The kids of Moken tribes, which reside off Thailand coast, can spot anything underwater without any considerable difficulty and astonishingly almost every kid of this population can do so.

This prolonged behaviour, which apparently passes on through the generation, has led to a belief that Mokens have extraordinary vision. However the scientists believe that it is nothing genetic but a learned trait, according to Daily Mail.

Anna Gislen, who was then working at the University of Lund in Sweden, conducted extensive study at the Moken's ability to see underwater in 1999 and came to know that the specific vision behaviour was learnt by the tribe centuries ago and Moken teens continue to practice it still.

Anna argues that then Moken people used to dive into sea in search of food which resulted in adoption of this extraordinary trait. Many of the young children of Moken tribe have now lost the ability because they no longer need to do so for food, she adds .

However her findings suggest that learning of this vision trait could lot more easy for the children living in Asian countries as compared to living in western countries. The results were also confirmed through comparative experiments on children from different regions of world.