Aamir Liaquat apologises for his offensive remarks on TV 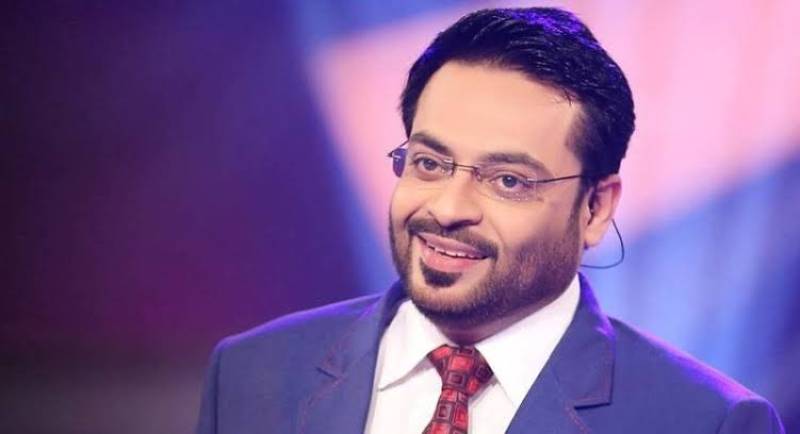 Dr Aamir Liaquat Hussain has apologised for being inconsiderate when commenting on the deaths of Bollywood stars Sridevi and Irrfan Khan during a live Ramazan transmission.

Actor Adnan Siddiqui appeared on Liaquat's show Jeewey Pakistan where the host decided to joke about the actor's relationship with the two deceased icons and practically implied that he has some connection with their passing.

On Saturday, the TV personality took to Twitter to clarify that he had spoken without thought and seeks forgiveness from the people he offended.

“On the show yesterday, I had a slip of tongue where I lost control of over the flow of my words. Such gaffes can happen in a live transmission and I regret saying what I said,” Hussain shared.

“When I said those words, they didn’t seem like a big deal to me but now that I have thought about it I realise that I shouldn’t have said that. I am sorry for this mistake on my part.”

He went on to add, “Artists from across the border are very dear and respectable to us. I also praised them in the next segment of the show but that didn’t go viral. However, I sincerely apologise for the pain I might have caused to fans and followers around the world.”

Hussain concluded his video by saying, “If anyone realises his wrongdoings, then the other person should display generosity and allow the person who committed the mistake to learn from it. I’m really sorry. This is my country, my people and I do everything for them. If I hurt my fellow countrymen, I would like to seek forgiveness and I hope you accept my apology.”

Previously, Adnan Siddiqui posted an apologetic note on his Twitter account that condemned the unpleasant remarks by a serving MNA.

This is not the first time, Aamir Liaquat Hussain has been in the crossfire for inappropriate comments. The politician-cum-host has triggered several controversies in the past.