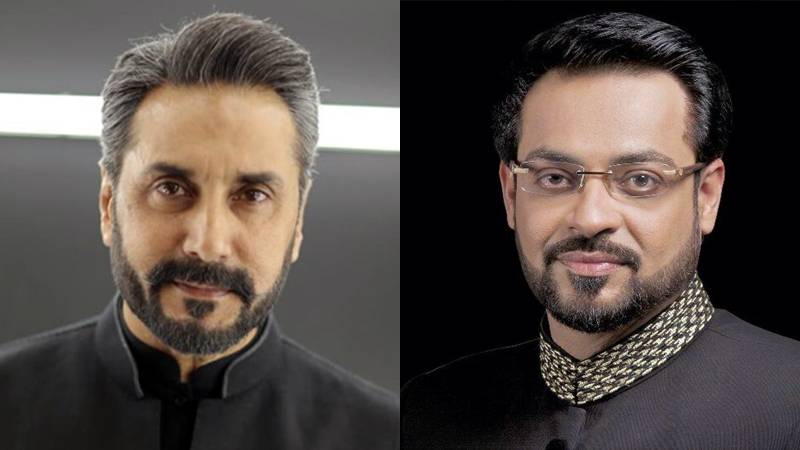 The actor appeared on MNA Amir Liaquat Hussain’s Ramzan show Jeevay Pakistan on Friday. During a conversation, Aamir Liaquat said that late Bollywood actors Sri Devi and Irrfan Khan had one thing in common-they both had worked with Adnan Siddiqui.

He went on to add that the reason Rani Mukherjee and Bipasha Basu are alive because Adnan Siddiqui had rejected movies opposite these actors. Aamir Liaquat Hussain added that Adnan Siddiqui turned down the movie with Rani Mukherjee-Mardaani 2. But the actor has worked with Sri Devi in the movie Mom and with Irrfan Khan in A Mighty Heart.

Later, Adnan Siddiqui posted an apologetic note on his Twitter account that condemned the unpleasant remarks by a serving MNA.

According to Siddiqui, Aamir Liaquat joked about an extremely sensitive matter. “Not only were they both close to me but also as a human it was wrong on so many levels. I cannot even call it ‘hitting below the belt’,” he wrote.

“It was an extremely callous act to joke about the deceased. This is in very bad taste, not only does it show him and me but also the entire country in a bad light,” he added. Adnan Siddiqui apologized to the families of deceased actors.

A few hours later, Aamir Liaquat Hussain posted his video on Instagram in which he apologized for his remarks. He said, “Sometimes you can get carried away with what you’re saying on a live show”. “Hope we all can move on with this now. May Allah blesses us in this holy month,” he added further. He said a video of few seconds went viral on social media while he had appreciated the Bollywood actors in the same program.

He released a video probably after a backlash on social media. The Pakistani Twitter users were quick to comment on the controversy. The deceased Bollywood actors were equally mourned in Pakistan. A cross-section of social media users decried his remarks and asked him to apologize.

My statement regarding yesterday’s program... hope we all can move on with this now... May Allah bless us in this holy month Aameen #aamirliaquat #humanity #respect

This is not the first time, Aamir Liaquat Hussain has been in the crossfire for inappropriate comments. The politician-cum-host has triggered several controversies in the past.