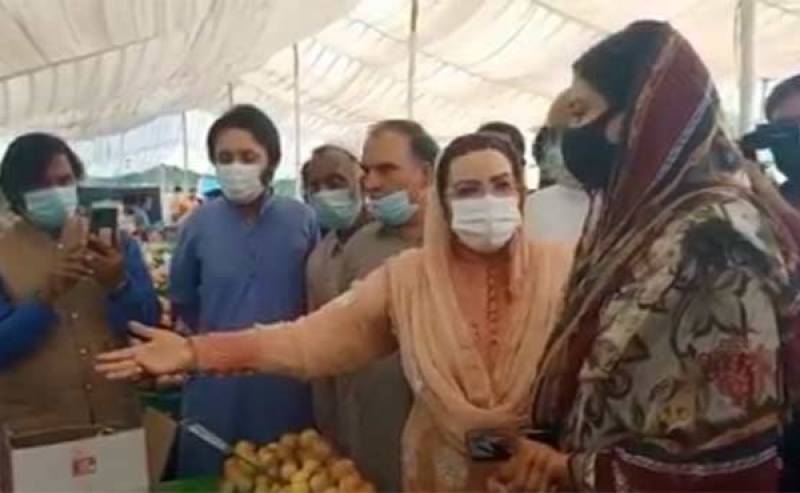 LAHORE – Frustrated with a strong public criticism of the PTI government at every level, Special Assistant to Punjab Chief Minister Dr Firdous Ashiq Awan on Sunday found an opportunity to show her performance in her hometown, Sialkot.

She then asked Firdous to behave, but all her requests went in vain. Sonia said she would visit Ramazan bazaars daily and presence of rotten fruits in the temporary bazaar could be a mistake, but it did not mean Firdous should lose temper. As a last resort, the assistant commissioner left the scene in anger.

This is very unfortunate . AC (sailkot ) is my batch-mate and a very good friend . I am in a shock to see such rude and harsh behaviour . She is a very talented and hard working person . This shouldn’t have happened to her

However, Firdous was heard telling people at the scene that she would talk to Punjab Chief Minister Sardar Usman Buzdar about the issue. In response, Sonia said let the madam (Firdous) file a complaint against her.

The video showing Firdous shouting at the assistant commission went viral on the social media within no time.

Firdous Ashiq Awan should apologize to the Assistant Commissioner. https://t.co/AlmXLOZshQ

Punjab Chief Secretary Jawad Rafique Malik condemned Firdous Ashiq Awan's act of shouting at the Sialkot assistant commissioner and said that administrative officers were working on the frontline despite hot weather and pandemic. He said that administrative officers deserved praise because they were working in the field round the clock to facilitate the public and nobody should be allowed to humiliate them or use abusive language against them.