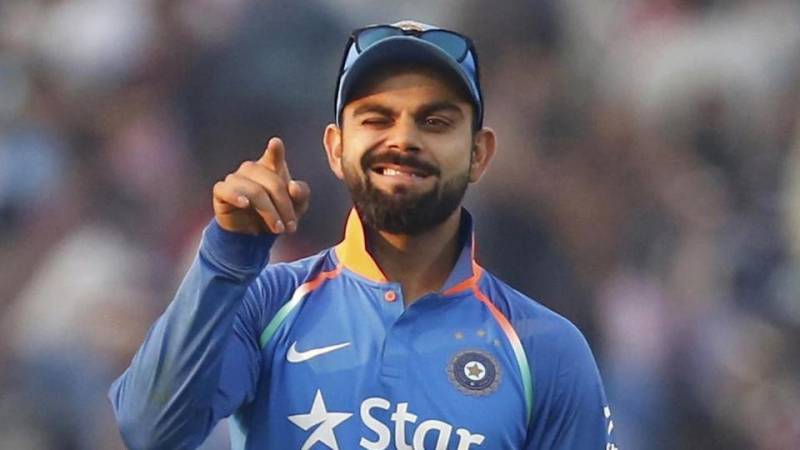 NEW DELHI - The International Cricket Council (ICC) on Thursday gave a clean chit to India skipper Virat Kohli who was seen using a walkie-talkie during the first T20 International against New Zealand in New Delhi.

Kohli was sitting in the dug-out and TV footage showed him talking on the walkie talkie at the Feroz Shah Kotla Stadium.

“While walkie talkie is used by support staff to communicate between the dugout and the dressing room, Kohli had sought permission from Venue ACU manager before using it,” an ICC official, who did not wish to be named, told Indian news agency.

There were some media reports that suggested Kohli had violated ICC regulations by using a communication device during a match. But Kohli had sought the ICC’s Anti Corruption Security Unit’s permission to use a walkie talkie.

Though use of mobile phones is banned in the dressing room, players and support staff have access to walkie talkies under ICC rules.

India won the opening match of the three-match series by 53 runs to take a 1-0 lead.