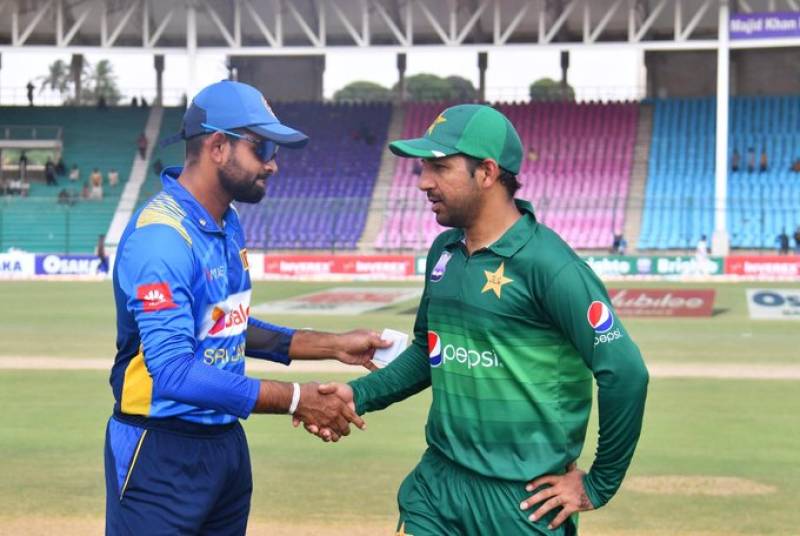 Sri Lanka won the toss and set 298 runs target against Pakistan at the National Stadium Karachi on Wednesday.

Opener Danushka Gunathilaka scored 133 runs while Dasun Shanaka contributed 43 to the total in 50 overs; the visiting team lost 9 wickets in its innings.

On the other hand, Muhammad Aamir took 3 wickets while Usman Khan Shinwari, Muhammad Nawaz, Wahab Riaz, and Shadab Khan sent one batsman each to the pavilion.

Pakistan clinched the target in 49th over with 10 balls in hand. Nuwan Pradeep took 2 wickets while Jayasuria and Hasaranga took one wicket each.

Pakistan won the series 2-0 after winning the second match on Monday by 67 runs. The first ODI was washed out.

Toss won by Sri Lanka, who chose to bat in the third #PAKvSL ODI pic.twitter.com/xpdaTyXod5

The Islanders made three changes to their squad. Sadeera Samarawickrama, Isuru Udana and Oshada Fernando have not been picked up while Minod Bhanuka, Lakshan Sandakan and Angelo Perera are in.

Pakistan made two changes to their playing XI. Abid Ali and Mohammad Nawaz have replaced Imam-ul-Haq and Imad Wasim.