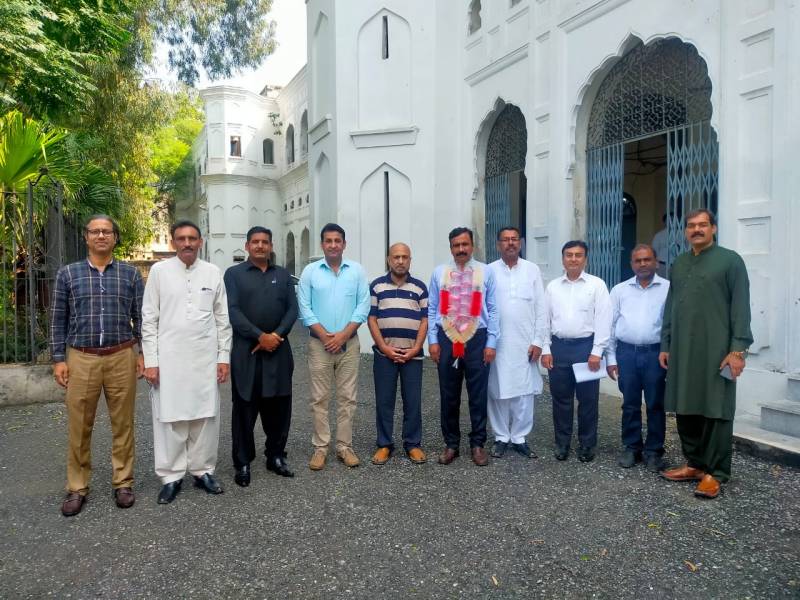 The academician served for over 10 years at this college; he holds the distinction of having taught the super section at the college for six years in a row.

The college principal as well as Prof Rafi's colleagues lavished praise on the educator for having served the institution selflessly, recognising his commitment for the institution.

Besides academic prowess, Prof Rafi is known to have proven his mettle on the administration side by streamlining the enrollment process, leading to spike in admission rate at the college.

Among his students include engineers, doctors, tech gurus and other notables serving at prominent positions across the country.

"I feel proud to have served an institution so remarkable as Islamia College where the founding father paid multiple visits,” said the professor. "During my career, I tried to leave an impact on his students," he added.

He expressed good wishes for the college and called on the government to pay attention to the historic institute so it can regain its glory.