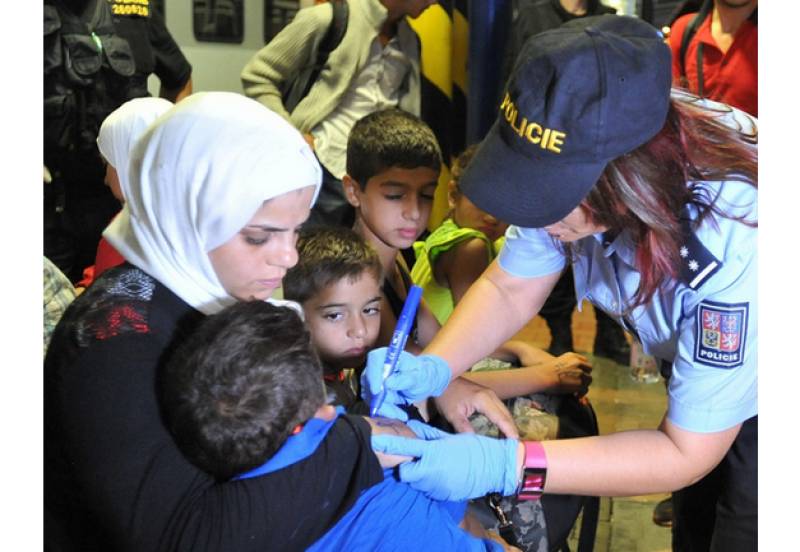 Police removed some 200 refugees from trains arriving from Austria and Hungary to continue their journey to Germany, in the early hours of Tuesday morning in southern Moravia.

Czech police pull 200 #refugees off trains & mark them with numbers on their forearms http://t.co/SfpeOHcl0W pic.twitter.com/nuZrODd4xq

Czech police continues arresting refugees which are trying to reach Germany across the territory of the Czech Republic.

The refugees are now in detention on police premises in several Moravian towns for interrogation.

The refugees were travelling from Budapest and said that they had purchased valid train tickets and that Hungary officials had allowed them to board the trains.