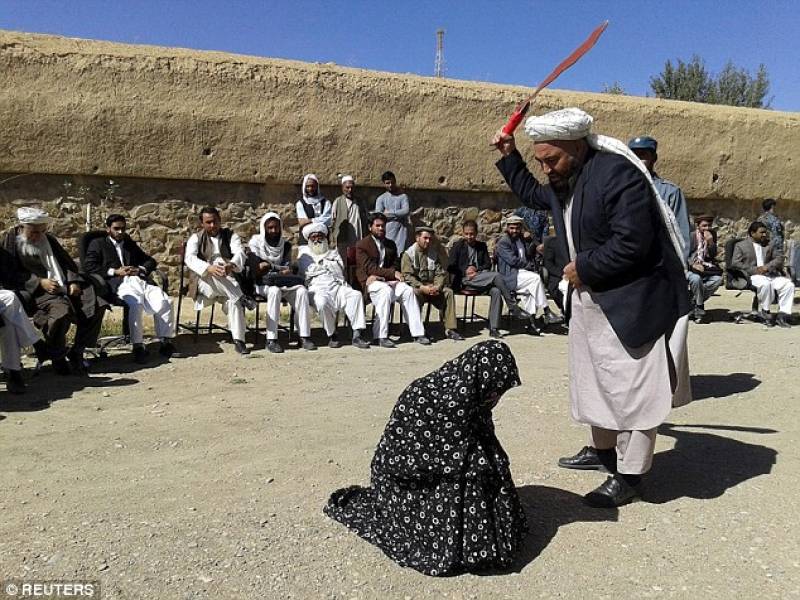 Public lashings and executions were common under the Taliban, who enforced a strict interpretation of Shariah law from 1996-2001. The Taliban were ousted from power by a US-led coalition and such punishments are now rare.

The footage showed a woman wrapped in a head-to-toe burqa and a man being whipped by a man in a turban wielding a leather whip, watched by a group of men seated in a circle.

The sentencing was backed by the government in Ghor province, where the trial took place.

"They had relations a long time ago but were arrested early this month," a spokesman for governor Seema Jowenda said. "Their punishment is based on Shariah law and will teach others a lesson."

Meanwhile, a female Afghan activist has protested naked against the public lashings of the woman.

Afghan female activist poses naked as a protest against public lashing of a couple by Mullahs in Ghor. #Afghanistan pic.twitter.com/1cFdI717uT