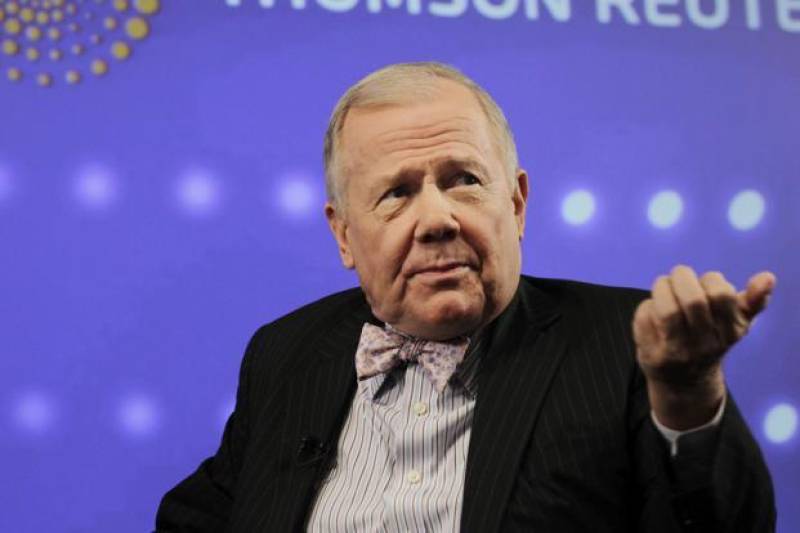 According to him, the National Democratic Alliance (NDA) government has failed to live up to investors’ expectations.

The chairman of Rogers Holdings Ltd, who said in April that he was becoming disillusioned by India because the Narendra Modi government has been all about talk and no action, believes the Indian market lacks any new drivers to propel it.

“I am sure Modi is a smart guy, he enjoys good press, and he makes a lot of friends for India.

But I, as an investor, after almost a year-and-a-half, have decided to move on to other places, partly also because stock markets are not going to be particularly good for the next year or two,” Rogers said.

Here are excerpts his interview with livemint.com.

QUESTION: During your last interaction with us, the Modi government was close to finishing a year in office.

You bought into India last year after the Bharatiya Janata Party’s (BJP’s) victory under Modi, and had said that you were set to take a call on whether to remain invested in India.

Are you holding on to your Indian shares?

The market was high, and investors had anticipated great things, including me—even if he (Modi) were to do things, the market had already discounted some of that because it had gone up a lot, and there was nothing new coming from Modi.

You can’t just invest on hope. Even If reforms started coming, it may not be enough to make the markets go higher, because markets have already factored it in.

If the reforms are substantial, the markets may go higher. No indication of that.

QUESTION: So you’ve exited India. You bought into India last year, and as you said, the markets have done well since. Did you therefore make a good deal of money when selling?

ANSWER: I don’t like to talk about how much money I have, or how much I made.

I am not complaining about my investments in India. Let us leave it at that.

I may see myself returning back to India at some stage if Modi starts doing things, or if the markets go down a lot—some stage can even be a long time away, but not at the moment.

If Modi made the currency convertible, if he made the markets open to outsiders, then I would have to be back in India again. So far Modi has been doing worthwhile things like addressing some social issues—I am all for that, and that is great for a lot of people—but India needs more.

QUESTION . Well, you say that. But Modi had the largest mandate in modern history—no recent politician had what he got. But if he can’t implement reforms, then who can? Is anything ever going to be done?

ANSWER: I think it is an accurate statement that no recent Indian government had this kind of mandate.

Yet, very little reforms has happened.

I am sure Modi is a smart guy, he enjoys good press, and he makes a lot of friends for India.

But I, as an investor, after almost a year-and-a-half, have decided to move on to other places, partly also because stock markets are not going to be particularly good for the next year or two.

And if I am going to be at some place, I would rather be at a market that is either depressed, or where dramatic changes are taking place.

The India market is not depressed.

If markets all around have problems, it is going to impact India, too.

Question: As someone who has watched India for a long time, where do you see the country headed? What are the challenges for India—is it job creation for the youth that meets their aspirations?

Studies have shown that when countries have a high debt-to-GDP ratio, it is difficult to grow at a reasonable rate.

I don’t really see much going for India right now except Modi, who is not doing anything, when he should be or could be doing a lot. Your central bank governor is probably the best in the world.

The basic reason you mentioned, about India having to create so many jobs, is one of the reasons why I am not investing in India.

India historically, or at certain times, has been one of the most successful countries in the world.

You could have ruled the world if you were aggressive, but those days are not coming back—India is held back by too many restrictions and regulations.

Go around the world, and you see smart successful Indians everywhere—this means you don’t have enough opportunities for these people back in India.

You have saved your farmers by making it illegal for foreigners to own more than five hectares—how on earth can an Indian farmer compete with an Australian farmer with 50,000 hectares?

In history, India has been one of the great agricultural nations of the world—you have the land, the people, weather—God gave you everything. And then, he also gave you Delhi to mess it all up.