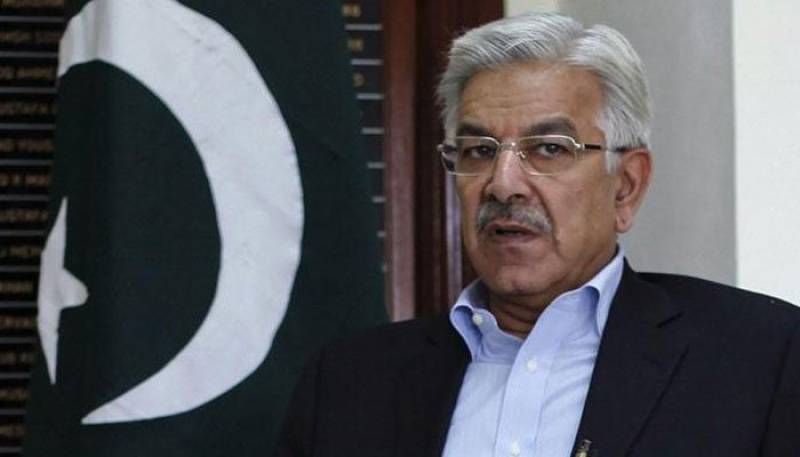 ISLAMABAD - Foreign Minister Khawaja Asif said that Pakistan will continue its support for establishing peace and stability in Afghanistan.

The foreign minister's statement comes after Afghan President Ashraf Ghani reaching out to Pakistan offered to hold “comprehensive negotiations” for easing tension between the two countries.

In the statement issued by Ministry of Foreign Affairs, he said bilateral, trilateral, quadrilateral and multilateral mechanisms, which need to be explored fully, for dialogue with the neighbourintg country are underway.

The minister said both sides stressed the need for carrying out cooperation at political to political, military to military and intelligence to intelligence ends.

"I am reaching out for peace to everyone," he said. "Because peace is God's commandment."

Both countries have been laying the blame on each other regarding providing shelters to terrorists. In addition, border tensions have escalated the bilateral relations.