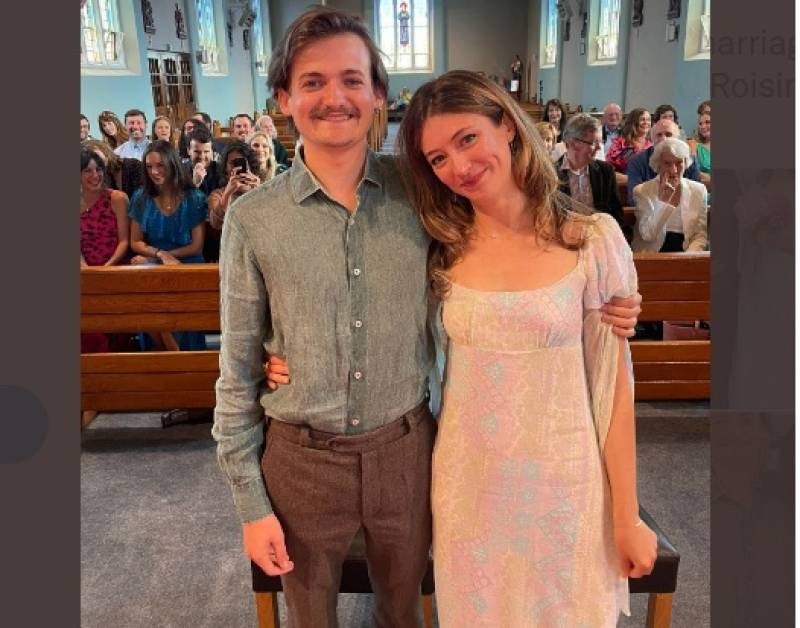 Irish actor Jack Gleeson, who rose to unprecedented fame with his Joffrey Baratheon role in Game of Thrones, married his longtime girlfriend Róisín O’Mahony in an intimate ceremony.

Their wedding photos were shared by a photographer on social media on Monday, describing that it was “very simple” ceremony.

Gleeson can be seen wearing semi-formal dress while the bride Róisín looks pretty in a simple white dress.

Starting his acting career at the age of 8, Gleeson has essayed roles in various hit films, including Reign of Fire (2002) and Batman Begins (2005).

He secured his first leading role came at the age of 18 when he worked for All Good Children film in 2010. The following year, he was picked for the highly successful fantasy series Game of Thrones that took him to the heights of fame.

In 2014, he announced retirement from the acting field as he told a newspaper that he wasn’t enjoying it anymore. However, he made come back in 2020 with TV show Out of Her Mind.

The Game of Thrones fandom is ecstatic as the much-awaited prequel 'House of the Dragon' is all set to premiere on ...