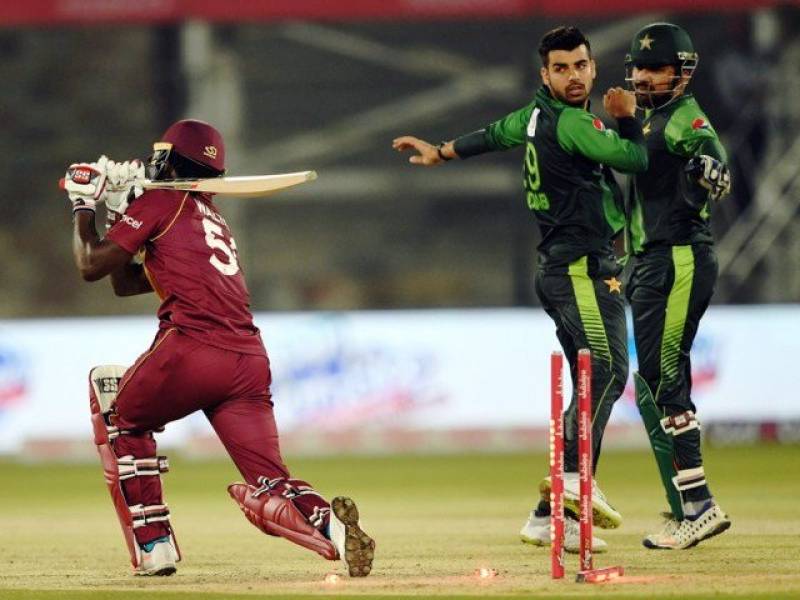 The 19-year-old bowler was caught on camera pointing his finger at the departing West Indies batsman, Chadwick Walton, besides making an ‘inappropriate comment’ in flagrant violation of article 2.1.7 of the code.

The said article relates to “using language, actions or gestures which disparage or which could provoke an aggressive reaction from a batsman upon his/her dismissal during an international match”.

According to a press release issued on Tuesday by the International Cricket Council, the charge was levelled by on-field umpires Shozab Raza and Ahmed Shahab, third umpire Ahsan Raza, as well as fourth umpire Khalid Mahmood during the second T20 match between touring West Indies and host Pakistan.

The ICC press release said: “After the match, Shadab admitted the offence and accepted the sanction proposed by David Boon of the Emirates Elite Panel of ICC Match Referees and, as such, there was no need for a formal hearing.

Shadab has also received one demit point and if he receives three more in the next 24 months, he will be banned for few matches.