Iran's Hassan Rouhani sworn in as president for second term 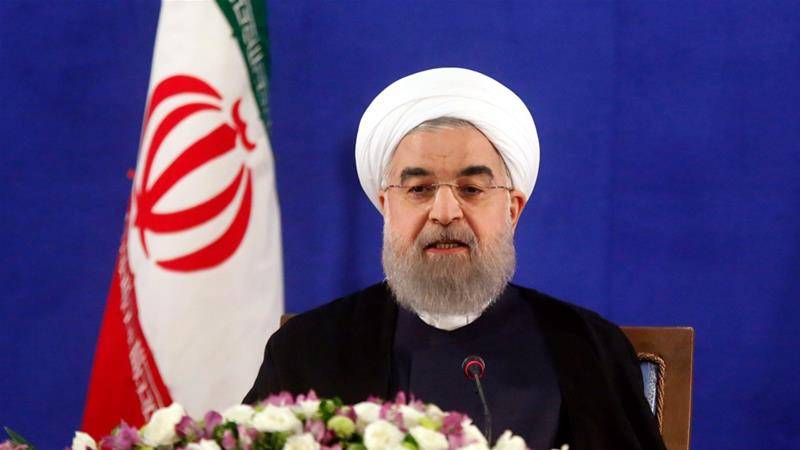 TEHRAN - Iran's President Hassan Rouhani was officially sworn in for a second term on Thursday at a ceremony overseen by supreme leader Ayatollah Ali Khamenei.

"I confirm the vote and appoint you as president of the republic," Khamenei said in front of a packed audience of Iranian civil-military officials.

Rouhani, the 68-year-old politician who faced flak for trying to rebuild ties with the West again vowed to refuse 'isolation' in the world in his speech.

'The nuclear deal is a sign of Iran's goodwill on the international stage,' he said, referring to the 2015 agreement with world powers to curb its atomic programme in exchange for an easing of sanctions.

"I declare once again that with the election concluded, the time for unity and cooperation has begun," he said and extended his hand to all those who seek the greatness of the country.

Khamenei, who enjoys widespread popularity in Shia majority state applauded the high turnout and "enthusiastic participation" in the May elections that led to Rohani's triumph.

He called on Rouhani to emphasise the "resistance economy" focused on increased employment and national production at a time when the official jobless rate has reached 12.6 percent.

Among those in attendance at the ceremony was former president Mahmoud Ahmadinejad, who was sensationally barred from standing as a candidate this year.

On the other hand, Tehran reiterated its assertion that new U.S. sanctions against the Muslim country constitute a “breach” of the 2015 nuclear deal between Iran and Western powers.

He warned that Iran will come up with a “smart” reaction to the sanctions approved by President Donald Trump and avoid getting “entangled in U.S. policies.”