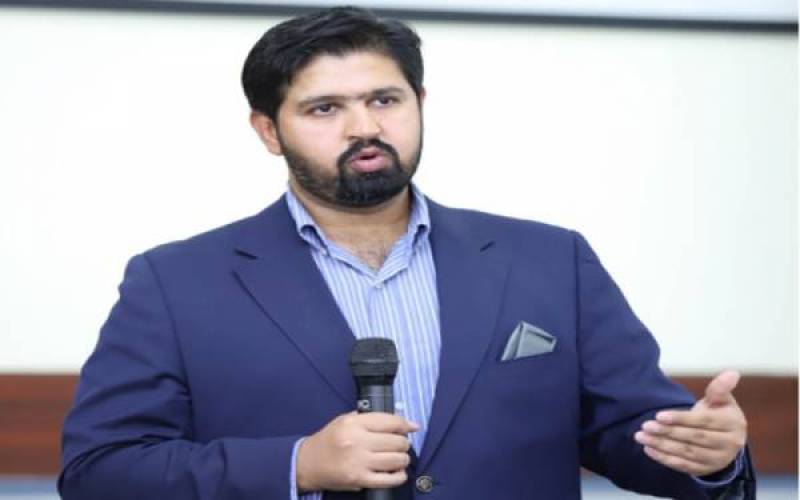 LAHORE - A renowned social media activist, Imran Ghazali, has been appointed as general manager of digital media wing (DMW) in the Ministry of Information and Broadcasting.

Ghazali has been hired at MP-11 scale while five others that include Muhammad Muzammil Hassan, Usman bin Zaheer, Shehbaz Khan, Naeem Ahmad Yaseen and Saeeda Dhanak Hashmi have been appointed at MP-III scale.

More than 12 persons have been hired in DMW at fixed salary.

DMW is a wing of the Ministry of Information and Broadcasting which was set up during running year after cabinet’s approval.

It will work as a strategic unit for the government of Pakistan and will be responsible for providing authentic official updates on digital media, besides looking after digital public relations.

The newly-established wing is determined to bring revolution in the field of digital media.

It also aims at promoting state interests at national and international levels, besides strengthening government of Pakistan by providing reliable and authentic communication platform.

The newly-appointed head of the DMW, Ghazali, is suitable person for the post with his vast experience in digital media.

He is one of the pioneers of several social media companies and he has 120,000 followers on his personal account.

He has been performing duties in several key projects including serving as social media consultant in DFID’s family planning program DAFPAK.

Besides heading digital media strategy for ‘Sabz Saaf Pakistan’ project run by the Ministry of Climate Change. He was also appointed as consultant of Unicef in the said ministry.

Ghazali played a key role in enforcement of digital policy of the Khyber Pakhtunkhwa government. He had also been served as World Bank’s consultant in KP’s IT Board for Digital Youth Summit.

He led national digital campaign, which is regarded as great drive for educational reforms in Pakistan’s history, along with Alif Ailan during December 2016 and August 2018. The campaign had proved much effective due to use of social media.

Imran Ghazali is also pioneer of “Taleem Do” app launched for complaint registration in Ailaf Ailan. He also played a key role in establishment of a renowned website which received around 1.5 million impression in two months during election campaign.

Besides serving as chief digital officer in M&C Saatchi World Service, the planning of incorporated digital and social media campaign for Pak-US friendship was also designed by him.

In his 14-year long experience, Ghazali also served as digital business director for Zenith Optimedia where he got a chance to nourish his abilities.

With his effective strategy, creativity and social media management, he had taken a newly established business unit to new heights while working in Zenith Optimedia.

Imran, who is also one of founding members of the PTI, is the key person behind ensuring the active presence of Imran Khan and the party on social media.

He had been a member of the PTI web team in 2007 where he played central role for induction of volunteers, training and management.

In 2013 elections, he had been appointed head of PTI’s social media team when he designed the administrative structure of the team.

After 2013, Ghazali on the basis of his performance was appointed head of PTI’s social media operations when he restructured the team comprising 300 members around the country.

Getting verified the accounts of higher leadership and PTI’s other accounts on Twitter and Facebook pages is also a credit that goes to the renowned social media activist.

Imran Ghzali got Bachelor’s degree (Hons) from The Ohio State University in 2009.