At least 1,390 people were critically injured due to the use of brute force by occupational troops on peaceful demonstrators and mourners since August 5 last year. 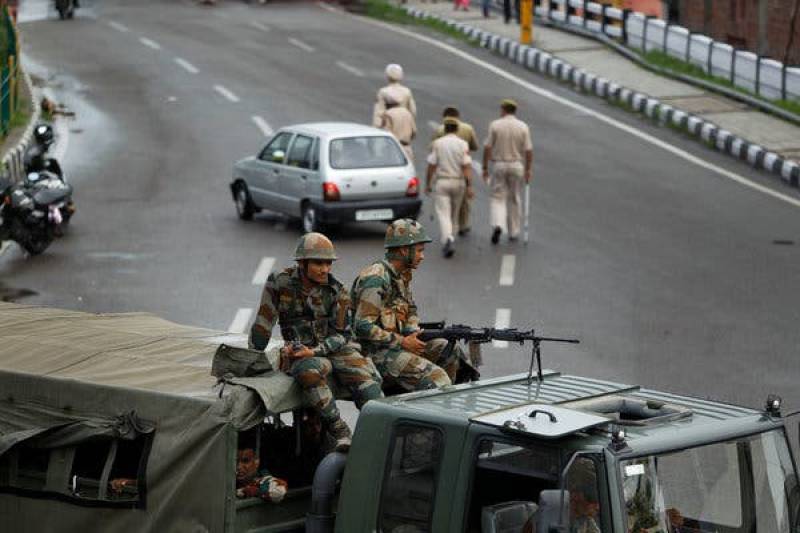 ISLAMABAD – The unrelenting military siege and crippling lockdown imposed by the fascist Modi government of India in the occupied Jammu and Kashmir state on August 5, last year, has almost completed a year.

A report released by the Research Section of Kashmir Media Service said that most of the victims were killed in fake encounters during cordon and search operations in the length and breadth of the territory.

It said, youth were picked up from houses and then eliminated after falsely labeled as mujaheddin or overground workers. The report revealed that Indian troops had martyred 214 Kashmiris including 4 women and 10 young boys during the period.

At least 1390 people were critically injured due to the use of brute force by Indian troops on peaceful demonstrators and mourners in the territory, the KMS report added.

It further said that these killings rendered 9 women widowed and 22 children orphaned.

“The troops damaged over 946 houses and structures and molested or disgraced 84 women and arrested 13,680 including aged woman and half a dozen girls during cordon and search operations across the occupied territory during the period.

After the custodial killing of prominent young Kashmiri resistance leader, Burhan Wani on July 8, 2016, the troops injured 10,240 by pellets and blinded over five dozen while eyesight of 385 was damaged. Indian troops killed 95,647 Kashmiris from 1990 to till date.

The life of Kashmiris has been particularly made miserable since New Delhi illegally abrogated Article 370 of its constitution on August 5, 2019. The move, the report added, was aimed at snatching away the identity of the Kashmiris through changing the Muslim-majority status of the illegal occupied territory into a minority.

As the entire illegal occupied Kashmir has been turned into an open-air prison, thousands of Hurriyat leaders, political and human rights activists, religious heads, journalists, businessmen, lawyers and civil society members, youth and activists were arrested after or before August 5, 2019, and still continue to remain in Tihar and other jails of India and occupied Kashmir.

The continued ban on high-speed internet has deprived Kashmiris of useful local and world information regarding education, business, and coronavirus, the report said. India had suspended the internet 4G services in occupied Kashmir on August 5, 2019.

“Modi regime is engaged in changing the Muslim majority status of occupied Kashmir. For this purpose, it has granted domicile certificates to thousands of Indians,” it added.

The report deplored that press freedom is under a constant threat in occupied Kashmir where journalists are detained and harassed. “Cruel military lockdown has pushed occupied Kashmir into the stone age. Communications blockade has made the Kashmiris’ lives miserable,” it added.

The report, however, maintained that the worst siege of the last 12 months had failed to subdue the freedom sentiment of the Kashmiri people and they are determined to keep fighting for their rights, including the right to self-determination.

It said that New Delhi must realise the fact that it would not be able to silence the Kashmiris and must listen to voices seeking lifting of siege in occupied Kashmir.

The report urged the world community to take cognizance of India’s brutal actions in the occupied territory and force it to resolve the Kashmir dispute in accordance with the Kashmiris’ aspirations and the relevant UN resolutions.