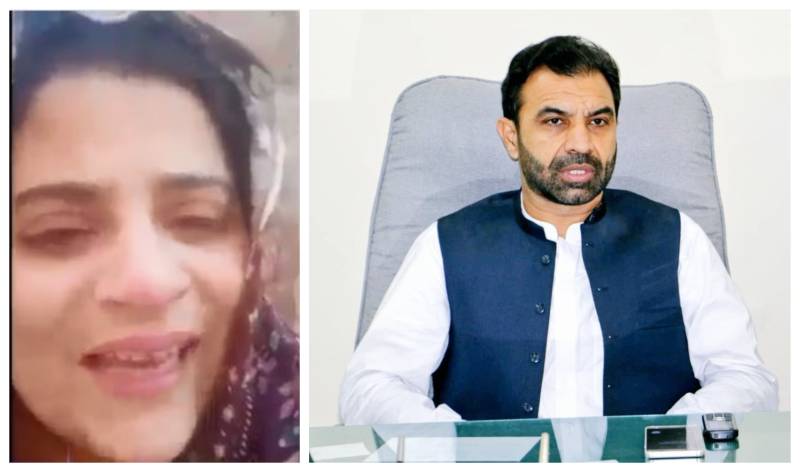 PESHAWAR – A woman from Kohat says Ziaullah Bangash, a lawmaker of the ruling PTI in Khyber Pakhtunkhwa Assembly, is allegedly forcing her into an extramarital relationship since she sought his help against an influential man who is not returning her money.

In a viral video circulating on social media, the woman can be seen in tears, saying that a man named Ubaid Shah, who runs a rent a-car-business, is not returning her and her mother’s money.

“When I visit the police station, I am threatened that I and my family members will be declared psycho patients,” she said, adding that she is forced to “sleep with Bangash”.

She said the provincial lawmaker also texted her, adding that a frontman of Bangash named Nasir Khattak called her to talk to the PTI leader.

“People of Kohat have elected you to force women to sleep with you or loot their money?” she questioned.

The mother of two said her family is leaving Kohat and shifting to Karachi. She requested social media users to help her expose Ziaullah Bangash.

The PTI lawmaker has yet to respond to the allegations.