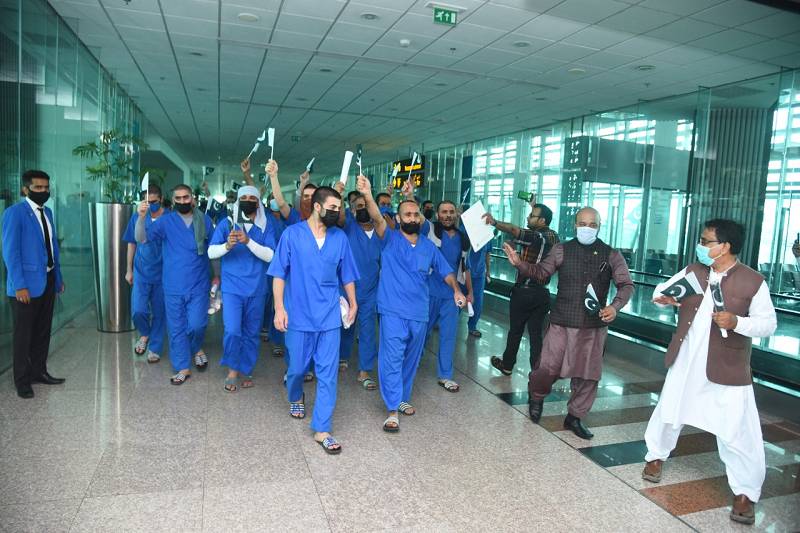 ISLAMABAD – Twenty-eight Pakistanis, released from prisons in Saudi Arabia after a royal decree, reached Lahore on a chartered PIA flight on Tuesday.

These Pakistanis were released by the royal decree of Crown Prince Mohammed bin Salman after Prime Minister Imran Khan asked him for clemency during his visit to Pakistan in 2019.

Last month, 63 Pakistani prisoners were released by Saudi Arabia due to the prime minister’s efforts.