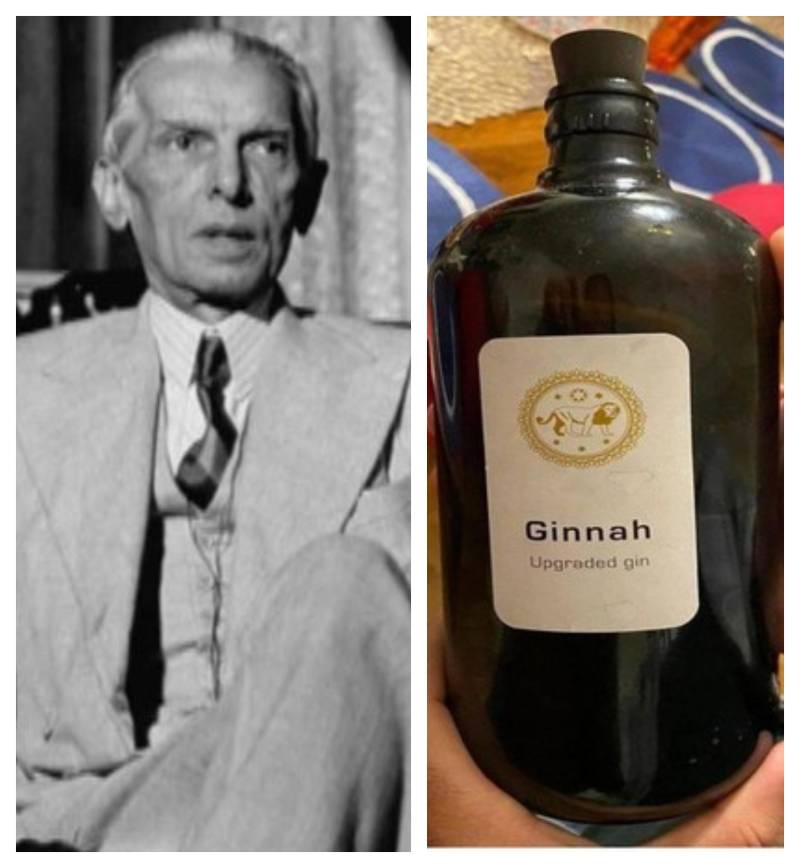 Pictures of an alcoholic drink, named after Pakistan’s founder Muhammad Ali Jinnah, have stirred a controversy on social media.

Labelled 'Ginnah', the bottle apparently bears an amalgamation of ‘Jinnah’ and 'gin'.

While it appears intended to make a mockery of the Quaid-e-Azam who, according to the lable, “enjoyed” activities that are forbidden in Islam.

It mentions that Jinnah enjoyed a lavish lifestyle and his vision for Pakistan and how that was converted into a troubled place by a 'dictator' – in a veiled reference to former military dictator Gen Ziaul Haq – with support from America.

Although the veracity of the photos could not be confirmed, the images have already gone viral on the internet due to its unusual name. While the bottle is labeled ‘Ginnah’ in quite bold letters, there is a brief text mentioning Jinnah's contribution to the formation of Pakistan pasted as well.

"In the memory of the man of pleasure who he was: Ginnah," it reads.

It further mentions how Jinnah "was the founder of Pakistan that came into being in 1947 as a secular state."

In an obvious reference to Muhammad Zia-ul-Haq, a Pakistani four-star general, who had deposed then Prime Minister Zulfikar Ali Bhutto in 1977 coup d'etat, the label of the bottle read that the "country was pushed over the cliff by a military dictator aided by supported in Washington DC and converted into a troubled place where he and some of the religious clergy pursued their sinister designs".

'MA Jinnah would never approve of that for he much enjoyed pool billiard, cigars, pork sausages as well as fine scotch whiskey and gin,' the label further read. 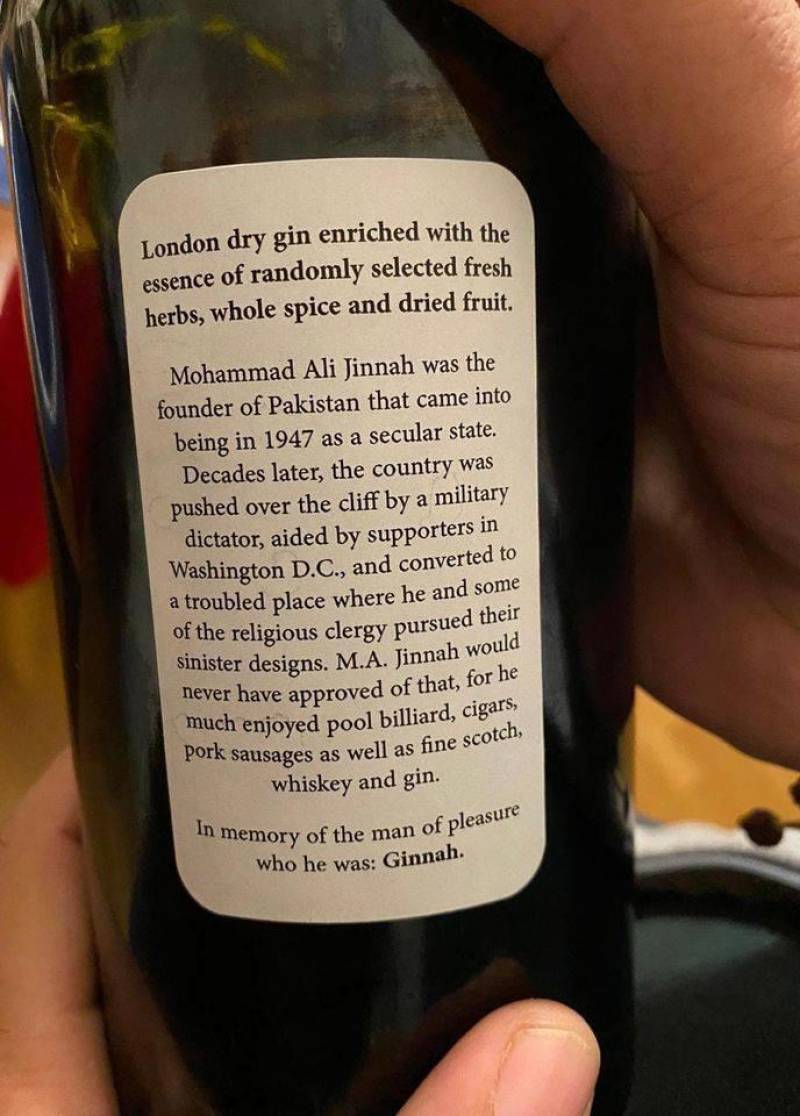 While netizens in Pakistan were surprised over the derogatory label for the leader of Muslims' struggle for independence, Indians especially their media was quick to go gaga over the viral photos.

But the dude liked whisky 🥃

Meanwhile, a user from India suggested the next edition of the drink to be named ‘Grandhy’ – a combination of 'Gandhi' (the founder of India) and 'Brandy' (another alcoholic drink).

Alcohol consumption is considered haram (prohibited or sinful) in Islam and is never encouraged.