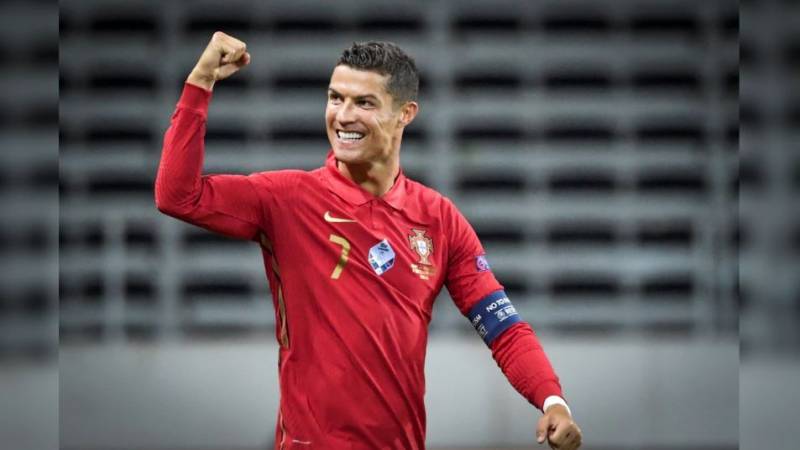 LONDON – Portuguese star soccer player Cristiano Ronaldo has achieved another feat as he reached 800 career goals with a 3-2 victory against Arsenal in the Premier League.

The five-time Ballon d'Or winner took his tally of career goals to 801 as he struck twice for Manchester United on Thursday.

Double of 36-year-old took him to 130 goals across two spells for Manchester United, adding to five for Sporting Lisbon, 450 for Real Madrid, 101 for Juventus, and 115 for Portugal.

Ronaldo, in a recent Instagram post, said ‘our minds are already set on the next game, there's no time to celebrate! Today's win was very important to get back on track, but there's still a long road to go until we reach out destination’, he said while cheering the teammates.

The 21-year-old had not provided a single goal or assist for United since his £73million summer switch — until late November when he had his best game in a Red Devils shirt, scoring his first goal in the 90th minute against Villarreal.

The recent feat of ‘goal scoring machine’ shows he clearly still has the edge of over just about every football player. He bagged the golden boot during his last season in Serie A for Juventus before sealing a glorious return to the club where he first announced himself on the world stage. 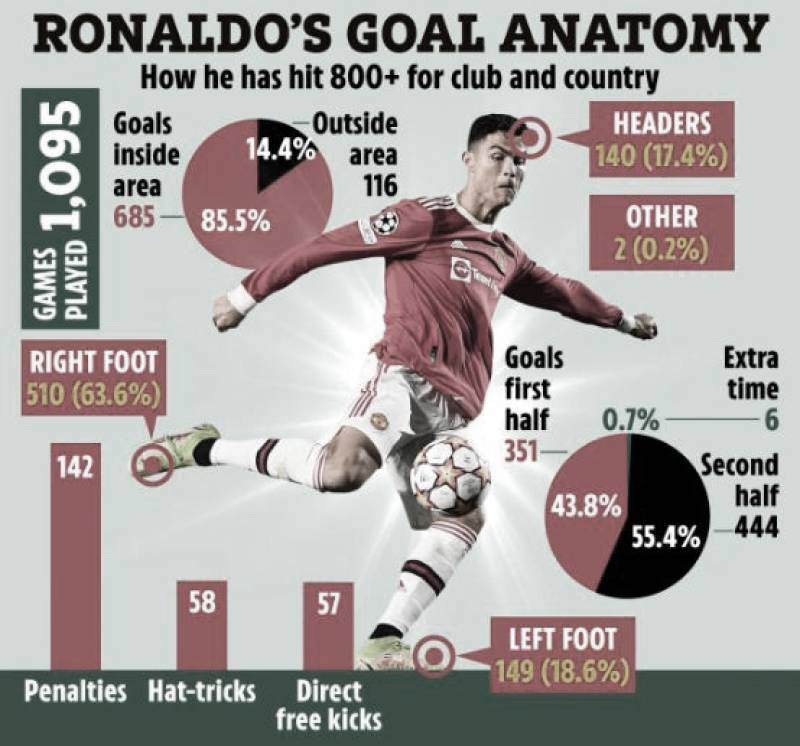 Furthermore, he is the all-time top scorer in men's international football, in the Champions League and for Real Madrid. His desire is to be acknowledged as the greatest player to ever lace up a pair of boots is well-documented and with the latest record, only a few could argue he hasn't already achieved his goal.

He has hit double figures against 19 sides, including Tottenham (11). He has now scored eight against Arsenal. His notable feat was widely celebrated around the globe.

MADRID – Cristiano Ronaldo, who recently returned to Manchester United from Juventus, broke the world record for ...