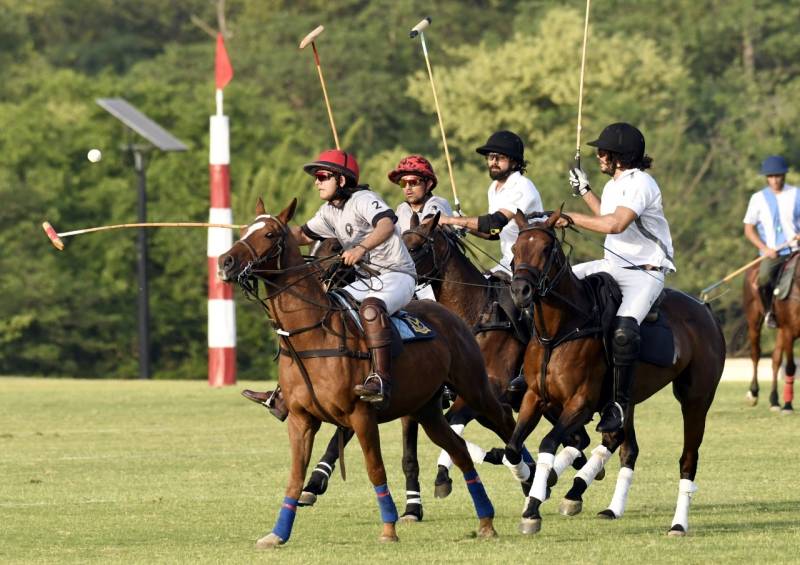 A great number of polo enthusiasts as well as Islamabad Club officials and players and their families were present at the venue to witness and enjoy the exciting polo match.

Baber Naseem stole the show today by playing extremely well and contributing with fabulous four goals. He was ably supported by his teammates, who also played key role in their team's triumph. Eulogio and Ahmed Ali Tiwana also played well and banged in a brilliant brace each while Haider Naseem converted a lone goal for the winning side.

The losing side - EFU-PAF - though tried hard to compete well against Team BN Polo but their efforts couldn't bear fruit as they lost the subsidiary final by 4-9. Hazma Mawaz Khan did play some attacking polo and thrashed in two goals while Syed Aun Muhammad Rizvi and Yousaf Rasool struck one goal apiece but their efforts proved futile in the end.

Now tomorrow (Sunday), the main final will be played between Team Asean and Kalabagh/Shahtaj at 4:00 pm here at Islamabad Club Polo Ground and it is expected that the highly-entertaining encounter will be enjoyed by a good number of polo lovers.