Alert at airports across Pakistan, no govt official can fly out of country without NOC 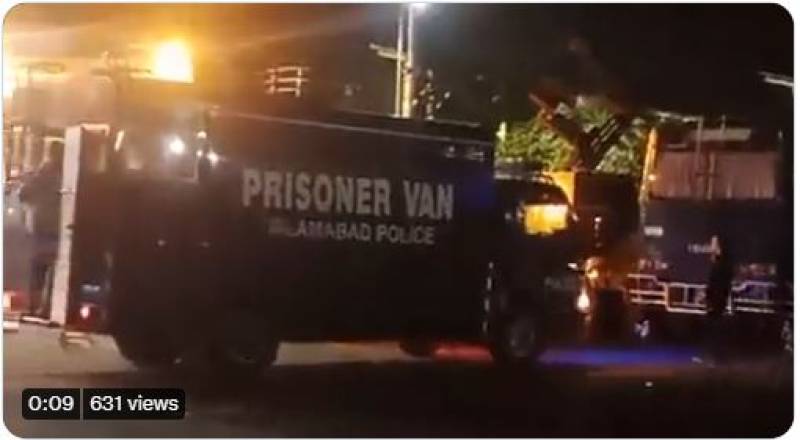 ISLAMABAD -- As the political crisis in Pakistan took a dangerous turn on Saturday night, airports across Pakistan were put on high alert and directed not to allow any government official to fly abroad without a no-object certificate.

Paramilitary forces were also seen patrolling on the roads of Islamabad.

Major roads are being blocked by containers in the Red Zone area of #Islamabad pic.twitter.com/c9JrUX8eFE

A prison van was also seen parked outside the Parliament House.

Police Van on standby outside Parliament as political tension increases in #Islamabad. pic.twitter.com/B1MkzHuZXx