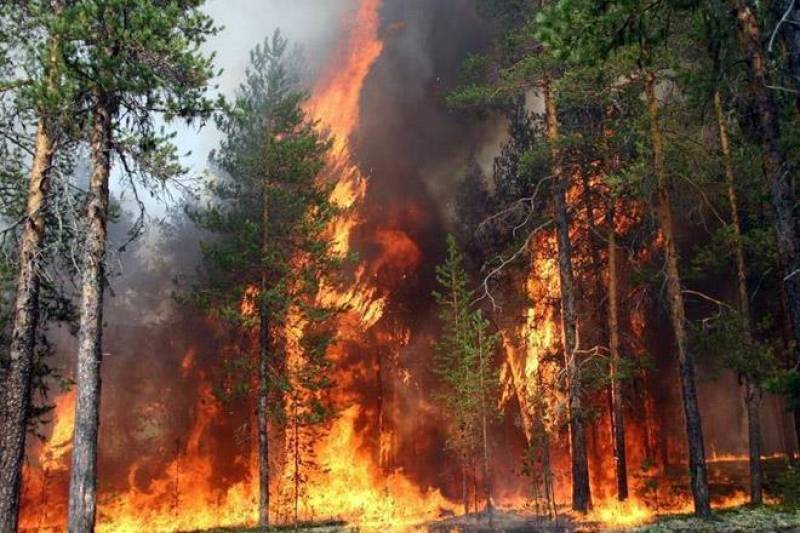 ABBOTTABAD – Hundreds of trees have turned into ashes while a large number of wild animals burnt to death as the fire in the surrounding forests of Muskpuri Top continued for the third day.

The officials of the National Park management, as well as the wildlife department, have declared the premises under the administration of Azad Jammu and Kashmir (AJK).

Galyat DSP said that he contacted the forest department but received no response. "We sent police to Mushkpuri Top to escort tourists after learning about the fire."

Forest Department Chief Conservator Azhar Ali Khan said they have alarmed the officials to contain the fire. It would be premature to say what exactly had caused the fire, he added.

On the other hand, local residents have blamed the forest department for the fire to hide their corruption with the timber mafia. The area resident alleged that the forest area was set on fire after the top court asked for proof of trees planted under the Billion Tree Tsunami Project.