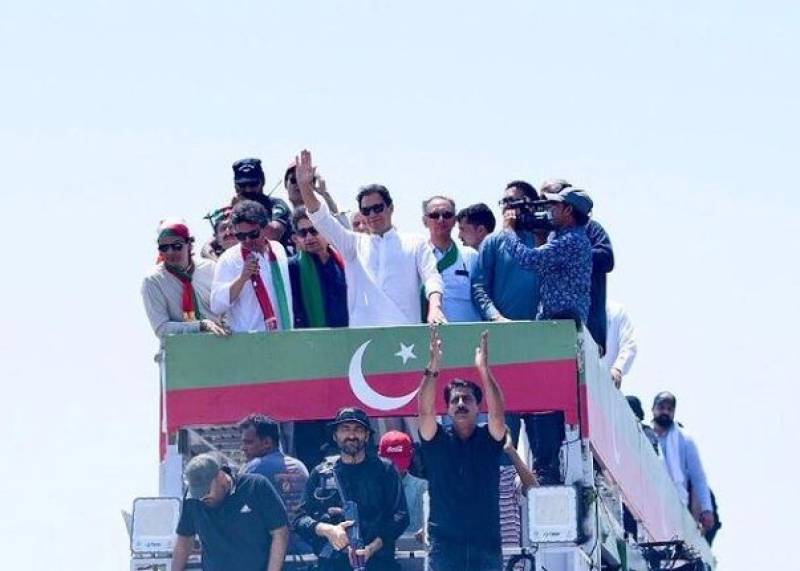 ISLAMABAD – Former ruling Pakistan Tehreek-e-Insaf has shifted the venue of its 'muscle-flexing' rally from Islamabad to Lahore.

Imran Khan-led PTI first decided to hold the rally at Parade Ground in the country’s federal capital, where its workers planned to stay overnight and then celebrate Independence Day on August 14.

However, the PTI’s political committee in its meeting decided to change the venue. PTI leadership took a 180, days after Interior Minister Rana Sanaullah warned the political party against creating chaos in the federal capital.

Some media reports suggest that Tehreek-e-Labbaik Pakistan was also planning to hold a gathering in Rawalpindi on August 13.

Last week, the new security chief Rana Sanaullah warned the PTI of ‘worst repercussions’ if its protesters created chaos or indulged in blackmailing during the party's upcoming protest which was planned at Parade Ground.

Earlier, Former PM and PTI chief Imran Khan said he will announce strategy to counter the ‘fascism’ during the Islamabad rally.

ISLAMABAD – Former ruling Pakistan Tehreek-e-Insaf has decided to hold a public gathering at Parade Ground on ...

In his post on social media, the former premier said every era has its Yazids. Khan likened fascism to Yazidiat and termed the incumbent rulers as ‘present-day Yazids’.