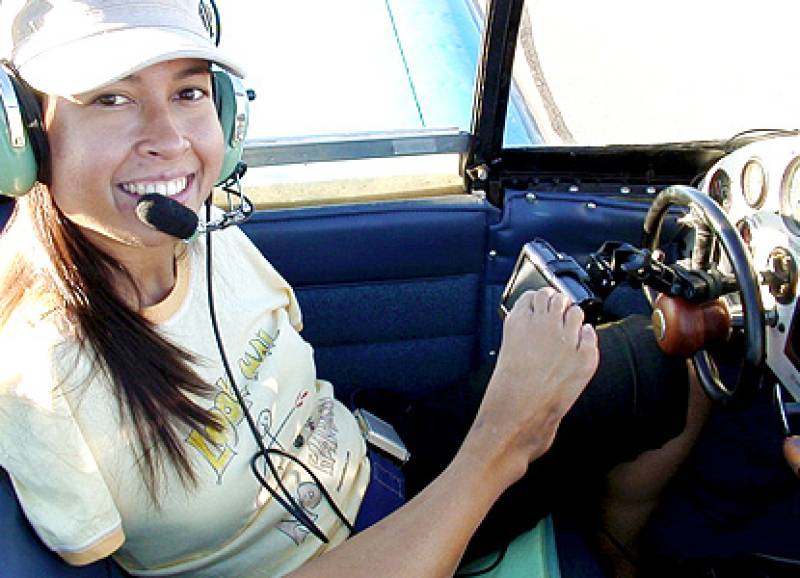 TUCSON (Web Desk) - The 32-year-old resident of Tucson, Arizona, was born without arms, but has managed to learn how to surf, play the piano and get a black belt in Tae Kwan Do.

She s also learned to fly an airplane, as this video from Barcroft TV demonstrates.

In 2008, she became the first pilot licensed to fly with her feet, Dunya News reported.

Cox prides herself on being independent, but admits there is one thing she can t herself.

"The only thing I really need help with is doing my hair," she said on the video. "Patrick learned to do a very nice ponytail, bun and braid -- it s very special because he realzed how much it annoyed me to have my hair in my face.