Longest Lunar Eclipse of 21st century due this month 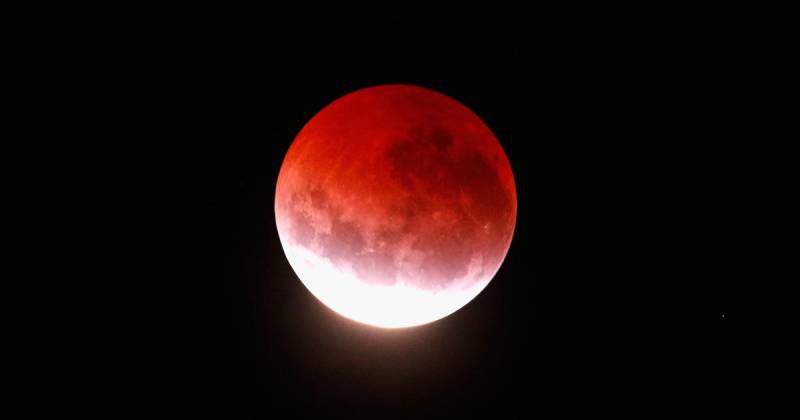 WASHINGTON - A total lunar eclipse will rise over the night sky on July 27 and it will be the longest eclipse of this century which will be fully visible.

A lunar eclipse occurs when the Sun, Earth and Moon line up perfectly, casting Earth’s shadow on the moon while Super Blue Blood Moon is a moon that appears extra big and bright, and a blue moon.

According to NASA, on July 27, a lunar eclipse will be fully visible for 1 hour and 43 minutes, which will possibly be the longest of this century till now.

The total lunar eclipse comes months after the world got a glimpse of a total lunar eclipse in January. Not only was it an eclipse, but it became a Super Blue Blood Moon as it synced up with a supermoon - which is a moon that appears extra big and bright - and a blue moon, which is the second full moon during a calendar month.

The U.S. will miss out again with this upcoming celestial phenomenon, as it will be visible in one of the other five continents.

The Americans will have to wait until July 2020 to experience a lunar eclipse, according to NASA but it is unclear which areas of the U.S. will be able to see it and how long it will be visible in the night sky.