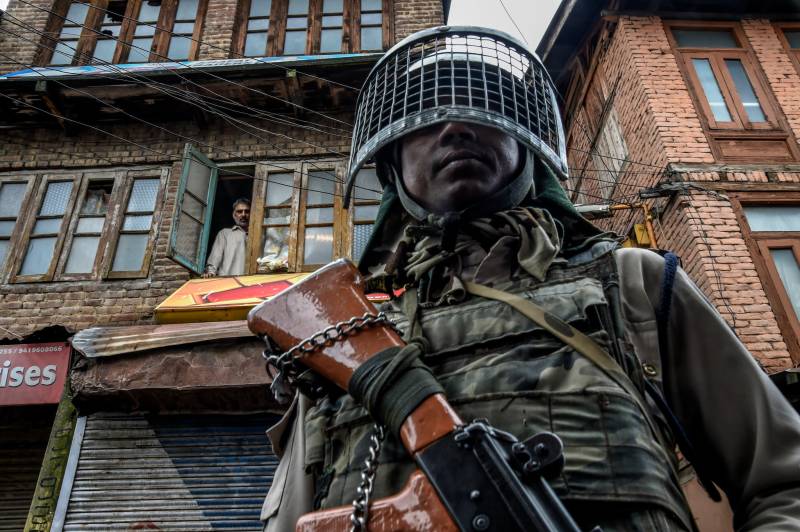 SRINAGAR – Indian troops in their fresh act of state terrorism have martyred another five Kashmiri youth in Pulwama district of illegally occupied Jammu and Kashmir.

According to the report of Kashmir Media Service, the youth were martyred during a cordon and search operation in the Rajpora area of the district. The number of martyred youth has soared to sixteen during last month.

Earlier, a 17-year-old innocent boy Zakir Bashir was shot dead by the Indian forces in the Kulgam district of the occupied Kashmir. Reportedly, the teenage cricketer was brutally tortured by the Indian occupation forces before being shot dead.

The extra-judicial killings, torture in custody, enforced disappearances, and incarcerations have become a norm in the caged valley to suppress the Kashmiris, Foreign Office said in a statement.

According to a report, the Indian occupation forces have extra-judicially killed around 60 innocent Kashmiris; arbitrarily detained and arrested 350 Kashmiris, and destroyed 58 houses of the Kashmiri people in 2021.

Meanwhile, All Parties Hurriyat Conference spokesperson said Modi-led fascist Indian government is resorting to cheap tactics to implicate Pakistan in the ongoing drama about farcical drone attacks in Jammu. Modi regime is attempting to defame Pakistan to hide its domestic failures and to divert attention from a grim situation of IIOJK.

Furthermore, posters appeared in several parts of occupied Kashmir to pay tributes to the popular youth leader, Burhan Muzaffar Wani on his 5th martyrdom anniversary. Wani along with two associates was martyred by Indian troops in a fake encounter in the Kokernag area of Islamabad district on July 08, 2016.

ISLAMABAD - The United Nations has made Kashmiri hero Burhan Wani part of the first-ever official UN report on the ...