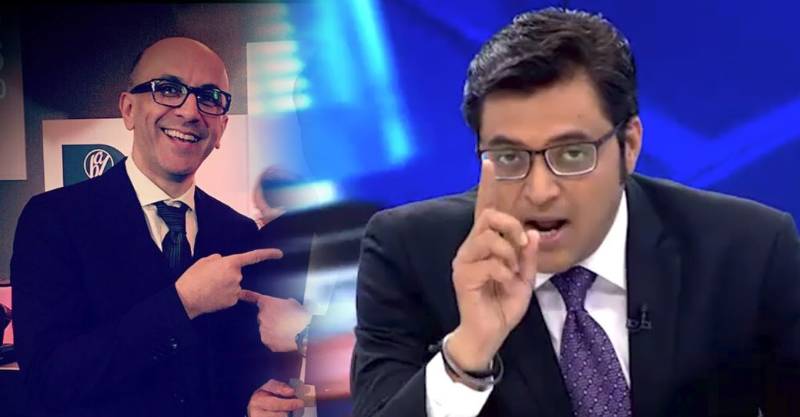 LONDON – Aneel Musarrat, the British tycoon and a close friend of former Pakistani premier Imran Khan, has won a defamation suit against the Indian news channel Republic Bharat in London.

Following the Hindutva-inspired propaganda, the renowned businessman had moved the UK court against Republic’s British broadcaster Worldview Media Network as he was called as ‘stooge of the Pakistani spy agency’ in 'The Debate' programme hosted by rabble-rouser TV host Arnab Goswami.

Mussarat maintained that his picture was broadcast and he does not think freedom of expression extends to fraternising with people. He told the court that the allegations caused serious harm to his reputation.

Following the arguments, Deputy Master of the Queen’s Bench Division of the High Court, Claire Toogood, remarked that no evidence supported Aneel Mussarat’s link with the Pakistani spy agency.

It was reported that Republic TV counsel did not appear and the judgement was announced in the absence of the defendant.

Judge Deputy Master Toogood QC also awarded legal costs of £37,500 to Mussarat and £10000 in damages as Aneel Mussarat had sought only token damages, per reports.

Speaking with media correspondents, the British tycoon trashed working for any spy agency. He added that an Indian firebrand anchor aired several programmes defaming him.

Aneel has links with the A-listers of Bollywood including Sonam Kapoor, Akshay Kumar, Ranveer Singh, Hrithik Roshan and many others.

He also has his roots in Pakistan primarily due to his interest in the political landscape of the country and his closeness with the PTI chief.

Imran Khan headed to London in September 2016 to attend the star-studded wedding ceremony of Aneel's sister Saira where he also spoke to the guests, in his second speech delivered at any nuptial ceremony.