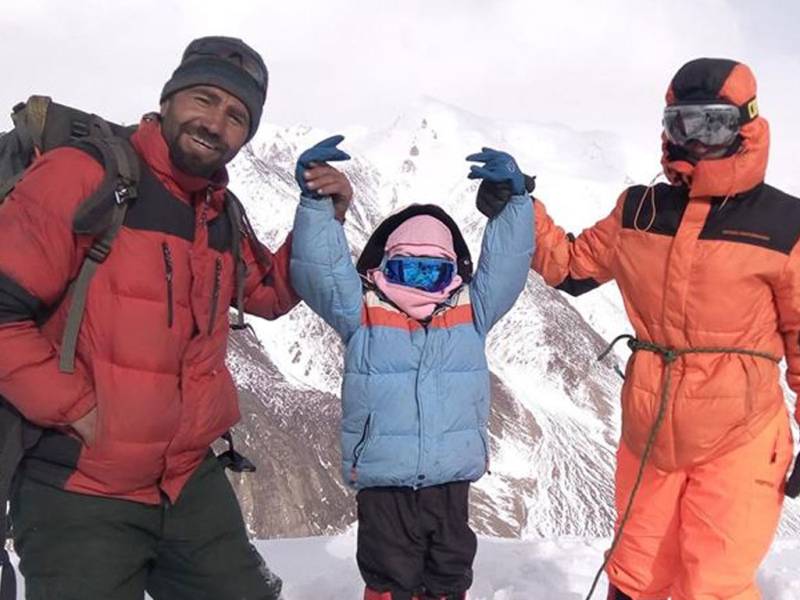 ISLAMABAD - A nine-year-old Pakistani girl has achieved the feat to become the youngest to scale the 5,765-metre-high Quz Sar Peak in Shimshal Valley, Hunza.

Selena Khawaja, who hails from Abbottabad, in her first detailed interview with Gulf News expressed that she had a special love for peaks.

"I felt great on reaching the summit on February 21. The view from the top of the mountain is very beautiful," said the mountaineer.

Selena was accompanied by her father Yousaf Khawaja, guide Wazir Baig, porter Arif Baig and other team members during the expedition and it took them more than 10 days as a whole out of which seven were dedicated to the hike. 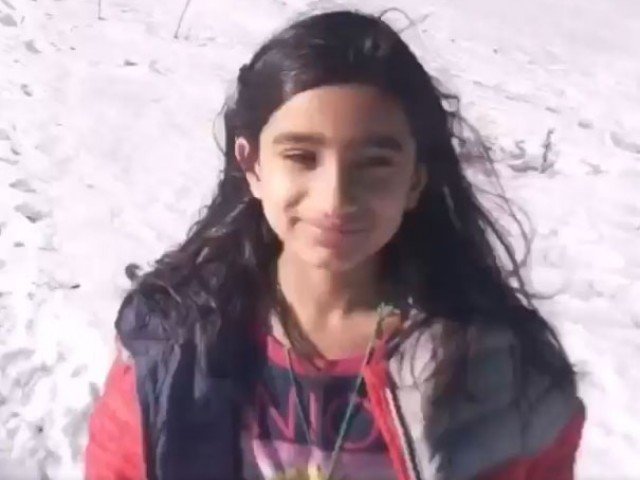 The young athlete also recalled a frightening experience from the latest journey.

"At 5,000 metres, I felt slight altitude sickness but my training and the support of my father helped me overcome it soon," she observed.

The girl, who has been dubbed ‘Mountain Princess’ by Pakistan’s mountaineer community, has now set her eyes on three peaks: Mingling Sar (6,050 metres), followed by Spantik Peak (7,027 metres) and then the Broad Peak (8,051 metres) which is the 12th highest mountain in the world.

“I aim to climb all these peaks this year,” Selena vowed in confidence.

The ambitious mountain lover aims to “become the youngest girl to reach the top of Mount Everest” next year when she would be merely 10, beating Indian girl Malavath Poorna who ascended the Everest peak at the age of 13.

Selena, a student of grade five with a passion for outdoor activities started physical training at the age of eight in the mountains of Miranjani and Makra.

"I have scaled Miranjani at least 45 times and it is nearly 3,000 metres high," the nine-year-old said.

Selena and her father are inspired by Pakistan Tehreek-e-Insaf supremo Imran Khan.

“Aim so high that your goal seems impossible then work hard and achieve your goal — these words of Imran Khan motivate me and Selena to aim for Mount Everest,” her father shared in an interview.

“Mount Everest was an impossible dream for an 8-year-old kid, but now we are on our way to achieving the goal within two years and will attempt it in 2019,” he added.

Reacting to the apprehensive attitude displayed by some regarding the safety of kids, Selena’s father claimed that at age nine, his daughter was way more fit than a casual 20-year-old.