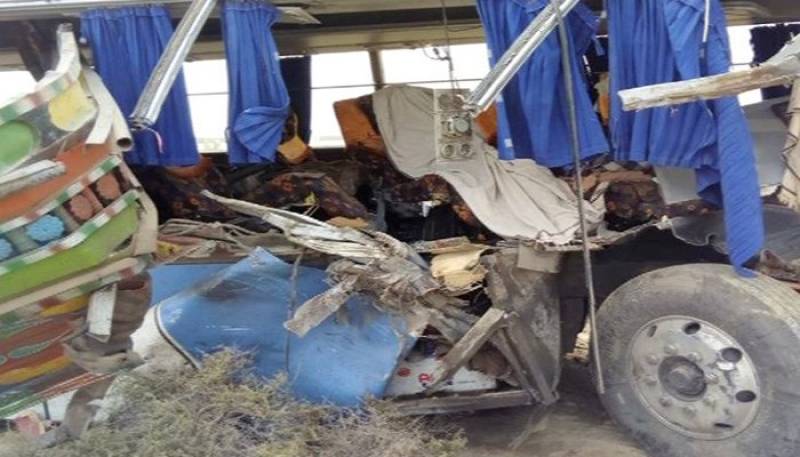 HUB - At least six people were killed while over 16 others were injured when a bus rammed into a truck on RCD Highway Saturday morning.

The bus was heading to Karachi from Quetta when the accident took place near Uthal. The injured were shifted to District Headquarters Hospital Uthal where an emergency was declared and all the staff was called in for duty.

Efforts are underway to shift the injured, in a precarious condition, to Karachi.

Let it be known that three passengers lost their lives in an accident on the same highway on February 10.