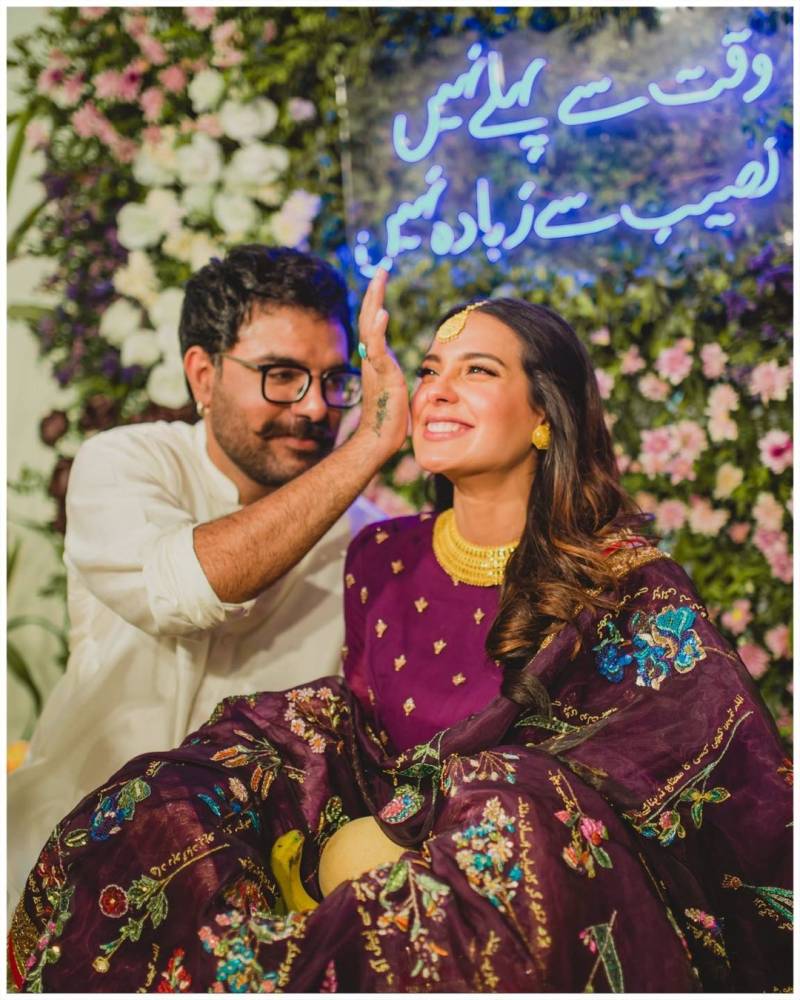 The celebrity couple Iqra Aziz and Yasir Hussain revealed they are going to be parents soon on their social media, leaving fans and fellow celebrities gushing and impatiently awaiting the arrival of the baby.

Sharing a series of adorable pictures from the Godh Bharai, the Raqeeb Se star looked timeless as she sported a traditional purple peshwas with a radiant smile.

Shortly after the news went viral, it was met with elation among their massive fan following and the entertainment fraternity with everyone flocking to the comment section to congratulate the soon to be parents.

Amid the overwhelming love pouring in, Iqra treated her well-wishers with a beautiful video from her celebration on her Instagram account.

Aziz's dupatta stole the limelight as her organza dupatta apparently carried 100 Duas (prayers) for the baby that is due in July.

The couple got hitched in December 2019 while they had been the talk of the town ever since Yasir proposed Iqra at the Lux Style Awards 2019.

On the work front, Iqra's current on-air drama Khuda Aur Mohabbat 3 is one of the most popular Pakistani dramas these days and has been setting top ratings.