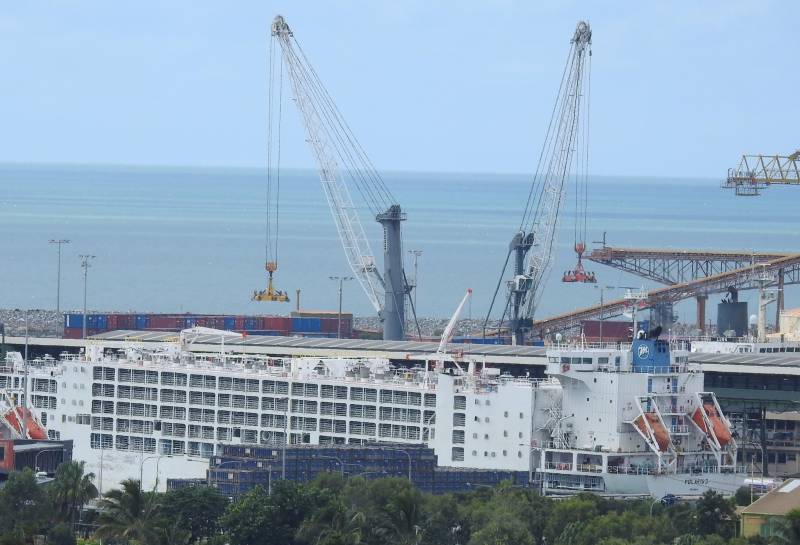 A Pakistani national has tested negative for COVID-19 infection after he was captured in major manhunt initiated when he allegedly breached Australian border restrictions.

The man had jumped off a livestock ship and snuck into Australia in a huge Covid-19 quarantine breach, according to reports in international media.

The man and his crew were ordered to stay aboard their cargo ship, Polaris 3, moored in North Townsville, Queensland. But the man leaped off the ship and into a white van before disappearing

The ship's remaining crew have since asked to be left off and want to apply for asylum in Australia, Nine News reported.

Australian Border Force was frantically searching for the Pakistani crew member who remains on the run 24 hours after he jumped overboard.

The ship left Huanghua in China on April 12 with hundreds of livestock onboard and spent 17 days at sea before it arrived in Townsville on Thursday.

Around 37 crew members are still on the board the ship, which had been given clearance to leave the port.

The Polaris 3 is a livestock carrier that was built in 2008 and is sailing under the flag of Panama.